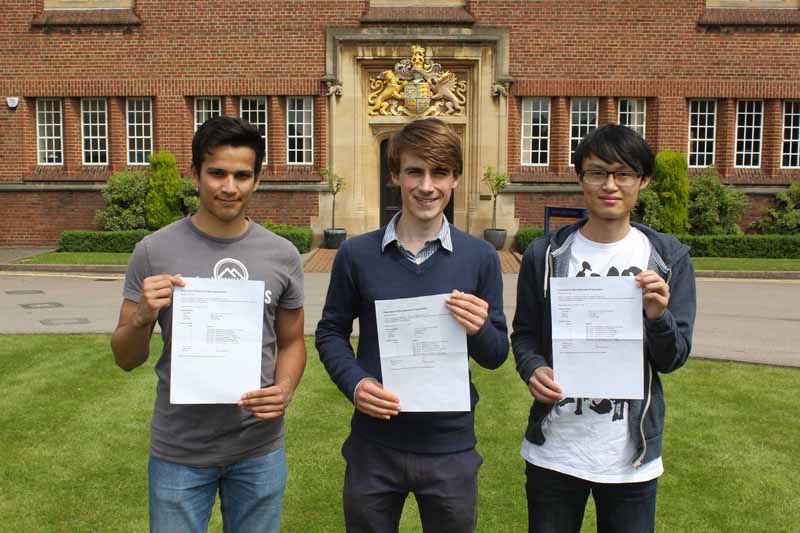 The fifth year of the International Baccalaureate (IB) Diploma at King Edward’s School has produced another set of outstanding results.

The average score is 39.44 points, nine points above the global average and the highest point score achieved by the school in its five years of the IB Diploma.

The maximum score of 45 points was gained by five boys, Alex Fung, Rishikesh Gandhewar, Joshua Kimblin, Sam Shah and Bill Wang, a score achieved by only 146 students worldwide out of almost 150,000 IB students in total. So, the school has produced 17 boys with 45 points in the first five years. A further six boys scored 44 points and 55% of the cohort attained scores of 40 points or above: 40 points is the equivalent of more than four A*s at A-level. 25 boys will be taking up places at Oxford and Cambridge and 26 boys will study Medicine.

John Claughton, Chief Master, said: “This has been our fifth set of results and, for the second year in a row, we have produced results that place us amongst the top IB schools in the world. The impact of these results on the prospects of individual boys is very striking. 25 boys will be taking up places at Oxford and Cambridge and 26 boys will study Medicine. Twenty boys have been accepted by King’s College, London, University College, London, Imperial and London School of Economics and five boys will be studying Medicine at Imperial, a remarkable success rate. The percentage of boys who are being accepted by their first-choice universities has never been higher and there is no doubt that many universities, including KCL, Leeds and Birmingham, are now actively recruiting IB students.

“It is also important that our boys go off to study a very broad range of subjects: of a cohort of just over 100, more than half study humanities subjects, with great success stories in History, modern languages and Economics/Business, a quarter study Medicine and a quarter study Maths and science. There is no doubt that the breadth of study in the IB Diploma enables boys to make the right subject choices and that is vital for future success.

“However, getting into the best universities is only part of what IB offers. All the evidence, from our own pupils and wider data, suggests that IB Diploma students do more and do better at university than their A-level counterparts. For example, one of the first boys to do IB in 2012 has finished his degree at Oxford and will be working for Ferrari’s Formula 1 Team.

“Today I retire as Chief Master at King Edward’s and the biggest decision we have taken in my time has been to adopt the IB Diploma. Five years after that decision, I remain utterly convinced that it is a truly challenging qualification which does a much better job for our boys than A-levels which are going back to the narrowness of the past. Whether we are in Europe or not, our future lies in our dealings with the wider world and the IB Diploma supports that in so many different ways. Maybe it’s about time that some other schools showed some vision and broke out of a system that is forever being tinkered with to no good effect.”

In September 2010, King Edward’s replaced A-levels with the IB Diploma for its Sixth Form provision. The IB Diploma comprises six subjects within which pupils must study English, Mathematics, a science, a language and a humanities subject. Pupils also complete an extended essay on any subject, study Theory of Knowledge and undertake a range of extra-curricular activity and community service. 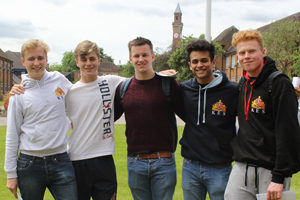 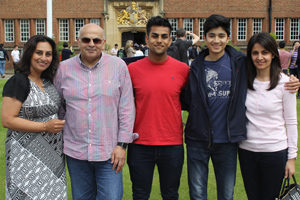