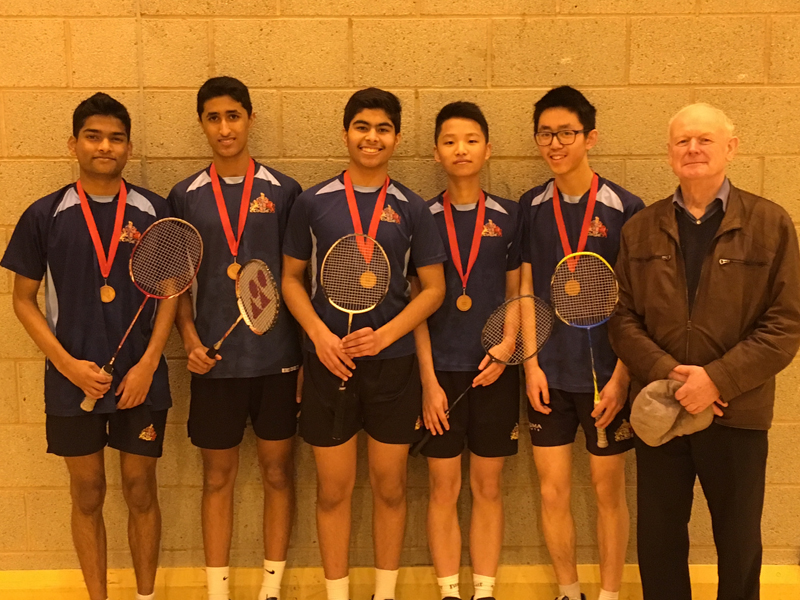 The U16 badminton team was awarded a bronze medal in the regional finals of the Center Parcs National Schools Badminton Championships.

The team, comprising Rohan Thawait and Sachin Subramonian in Year 10, and Hasan Rahman, Mingke Peng and Yifei Chen in Year 11, won the opening pool game against Bridgnorth Endowed School in the regional finals held at the Nechells Wellbeing Centre on Tuesday, 21 March 2017. They went on to play against Lawrence Sheriff School and lost 2-3 to finish in third place overall.

The U14 team of Luke Hall, Dileep Dhanda and Kartik Rajasekhar in Year 7, and Varun Latthe and Advait Kuravi in Year 8 also competed in the regional finals but despite a promising start, the team missed out on a podium spot.