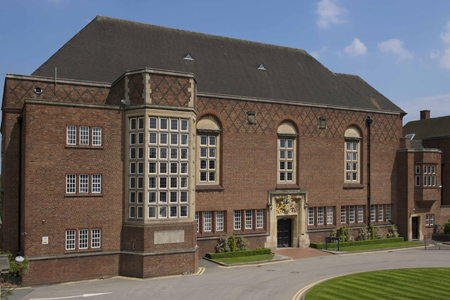 King Edward’s School is launching a campaign this month to raise funds for 100 Assisted Places for entry to the school.

Since 1552, the purpose of King Edward’s School has been to provide an outstanding education for boys from all backgrounds. From 1944 until 1980 the Government funded places at the school through the Direct Grant System, and approximately 80% of pupils paid no fees at all.

Since the end of the Direct Grant System and the subsequent Government Assisted Places Scheme in 1997, the King Edward VI Foundation has provided substantial funds for Assisted Places and now contributes well over £1m per year for that purpose. However, this funding is not enough to provide Assisted Places for all boys who achieve highly in the entrance exam and also require financial assistance.

Donations from alumni, former and current parents, and other organisations have raised an additional £6.8m in the last four years and provided funding for 60 pupils. So when scholarships are also added in, one third of the pupils receive some form of financial support and over 100 pay no fees at all. At the end of the AP100 Campaign the number of Assisted Places will have doubled and King Edward’s School will be one of the most accessible independent schools in the country.

John Claughton, Chief Master of King Edward’s School, said: “This campaign is not just about numbers. It is about boys and their lives. If we achieve our goal, 100 boys from a wide range of backgrounds and communities in Birmingham and beyond will receive a life-changing education, an education that I had the benefit of receiving through the Direct Grant System.

“None of this would be possible without the remarkable support we have received from our alumni and other supporters. It is testimony to the education provided by the school that we have reached 1,000 donors in such a short period of time and this campaign will change forever not only the lives of our pupils but also the future of this school.”

Rajiv Gogna, a former Assisted Place pupil of King Edward’s who will graduate from the University of Oxford this year, said: “Put simply, there are few places in the country a boy could hope to leave as rounded and prepared for life. I consider myself incredibly fortunate to have been able to attend King Edward’s School and this was only possible due to the Assisted Place I received.”

Former pupils who are Ambassadors for the AP100 Campaign include Sir Paul Ruddock, the Rt Hon David Willetts MP, Bill Oddie, authors Jonathan Coe and Lee Child and Andy Street, Managing Director of John Lewis. The AP100 Campaign is launching with two events. The first is at the House of Commons on Thursday, 5 June and the second in the Sir Paul and Lady Ruddock Performing Arts Centre at King Edward’s School on Friday, 20 June.