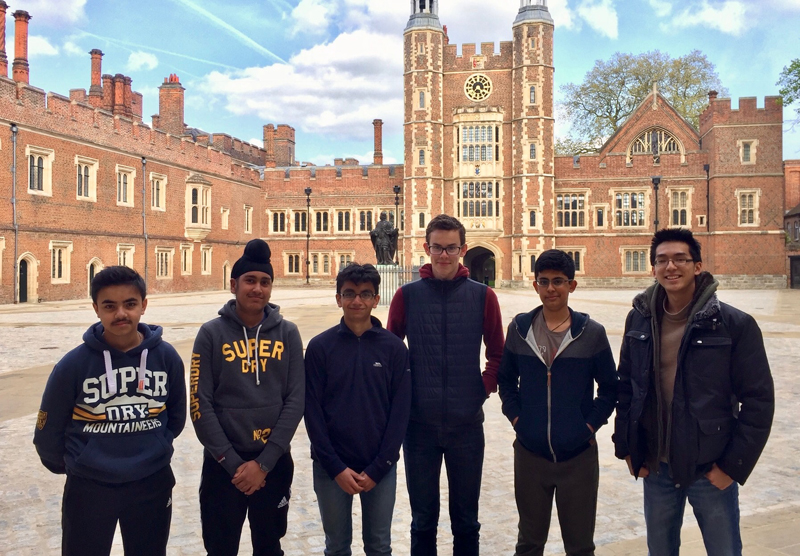 A team of six boys from King Edward’s School is through to the final stage of the National Schools Under 19 Chess Championships 2016/17.

After being knocked out in the regional stage of the competition earlier this year, the team was invited back to a repechage event held at Eton College on Sunday, 23 April 2017. The team, made up of Rohan Tandon in Year 8, Sanam Chawla and Chinmay Monga in Year 10, and Aloysius Lip (c), Ashwin Kalyana and Alex Jarvis in Year 12, played against teams from six other schools, including Eton College and Wellington College, to qualify for a place in the National Final.

The National Final of the Championships, sponsored by Winchester College, will take place at Uppingham School in July 2017.