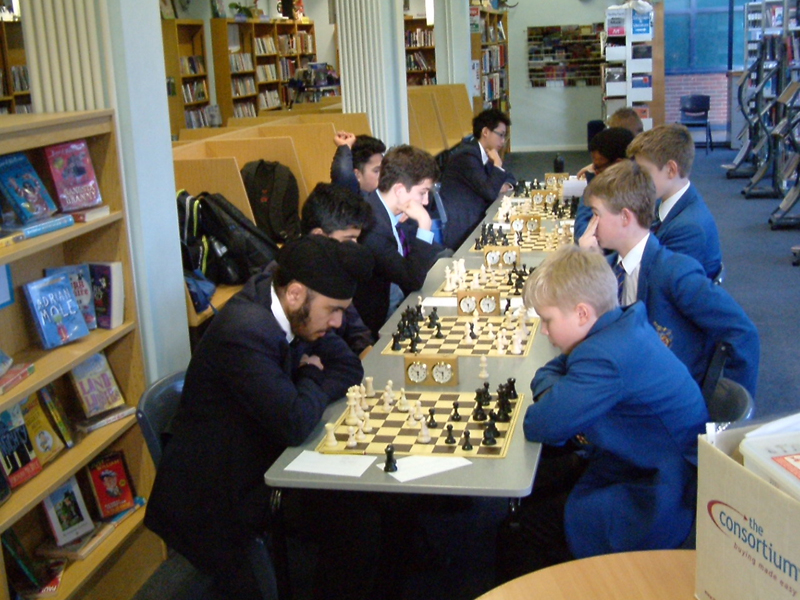 The chess team from King Edward’s School has won the Zone Final to become local champions and progress to the National Knockout.

On Thursday, 13 February 2014 the chess team won the final against Sir Thomas Rich’s School, Gloucester to become the Zone Champions. Our Zone stretches from Birmingham to Monmouth and Leicester and there are 10 other zones UK-wide with 120 secondary age schools participating. On their way to the final, KES also beat KE Camp Hill, KE Five Ways and Dixie Grammar School, Market Bosworth.

The victory puts KES into the National ‘last 16 teams’ round of the English Chess Federation Schools Competition. The first rounds of the National Knockout will take place after half term.