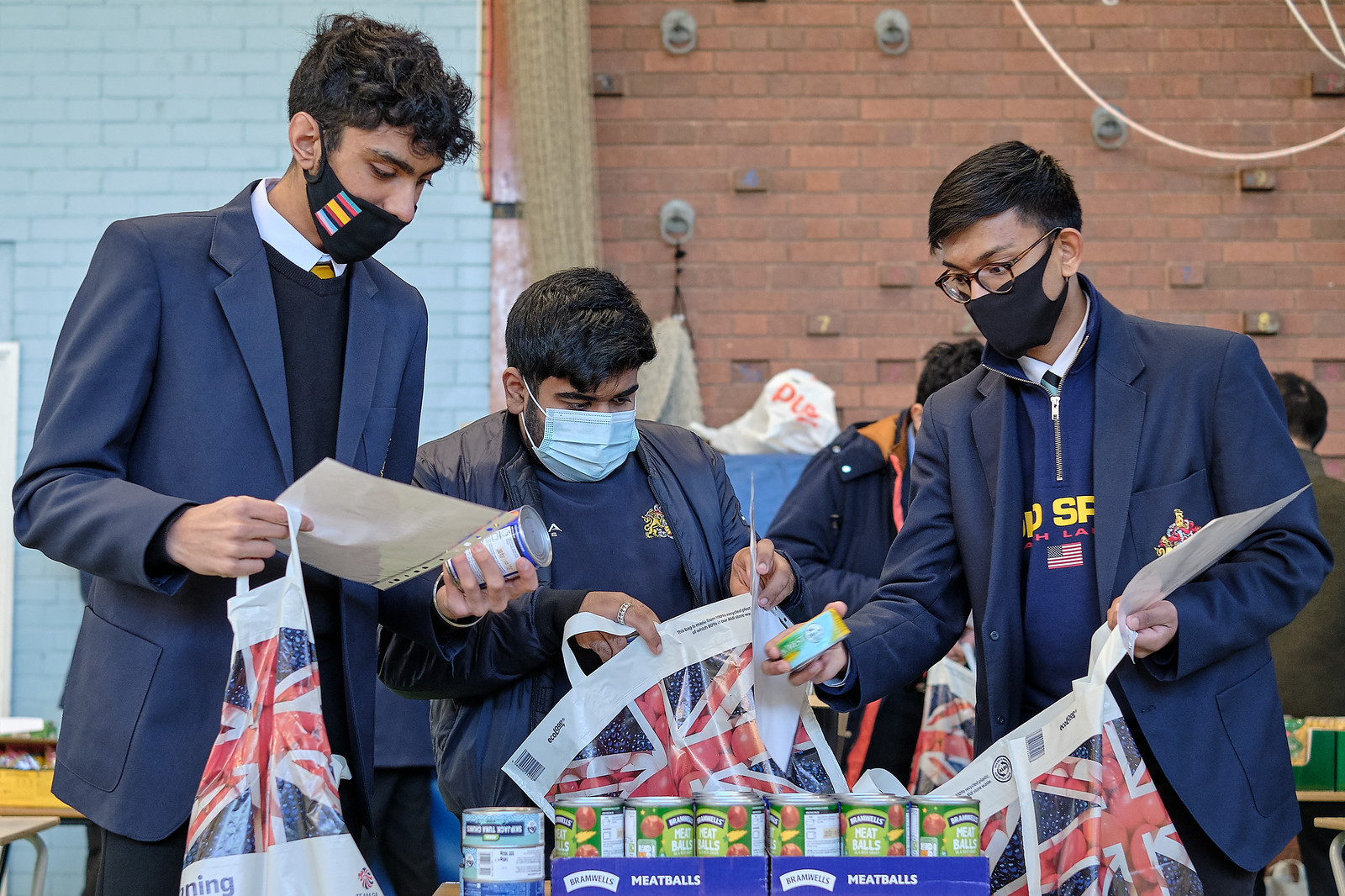 Poverty is a wide ranging term. Encompassing issues such as digital poverty we face in the modern world, exacerbated by intermittent lockdowns and a reversion to remote learning, to food poverty. Immiseration. Starvation. Deprivation. These are some of the most pressing issues related to poverty; and it’s evident that the poorest have bore the brunt of the pandemic’s effects.

However, when we’re in such a privileged position it’s often easy to lose focus or rather be oblivious to the struggle faced by millions worldwide. So what inspired me? What encouraged me to address these issues? Well, I was sitting idly on the settee in the living room when my attention was drawn by a news notice and I heard the name of England and Manchester United footballer Marcus Rashford.

On 15 July 2020, Marcus Rashford wrote an open letter to all MPs, urging the government to reverse the decision not to provide free school meals during the holidays. At the time, about 1.3 million children from low-income backgrounds were eligible for free school meals in England, and the government had given support during the first lockdown in April. Having launched such a moving campaign, namely as Mr Rashford drew upon his own personal experiences depending on free school meals, I believe it’s fair to say that the hearts and respect of the nation went to the 22-year-old forward.

But that wasn’t it. Two months later, Mr Rashford again launched a petition with the sole aim of ending child hunger. Having gained significant traction and over a million signatures, the success and motivation of the footballer galvanized the campaign. What does this show? Well, in the midst of another lockdown, it’s easy to get bogged down and disheartened by the seemingly never-ending restrictions. But in times of crises, come change – creativity. And I believe we can all learn from Marcus Rashford. As young and as successful as he is, this campaign to alleviate the effects of food poverty and help those in our nation will not be forgotten. It’s incumbent on us to address such key social issues and strive to get involved through a number of avenues. For example, fuelled by the spirit and passion of Marcus Rashford, Azed Bhatti and myself decided to get involved with these efforts and have since become Youth Ambassadors at the charity People Against Poverty.

On this note, it was a great opportunity to welcome Richard Barrie to talk to us, on behalf of the Child Poverty Action Group. Mr Barrie spoke about campaigning for the abolition of Child Poverty in the UK and for a better deal in respect to low-income families and children. The subsequent Q&A/discussion session sparked discussion for a number of key areas, such as the perceived stigma surrounding a greater welfare system. Mr Barrie further explained the work of the Child Poverty Action Group, instrumental in campaigning successfully for universal child benefit, the national living wage and free school meals. It was striking to hear that in Birmingham itself – a place so close to home – 37% of children live below the poverty line. Structural inequality, assessing different types of poverty and further probing into the root causes of this uncovered by academic research provided us with a number of provocative insights.

It’s no secret that the pandemic has exacerbated a number of issues in our society – child food poverty is no different. And spearheaded by the Manchester United footballer, a number of campaigns have been launched to strengthen local responses to child food poverty – a great example being KES’s very own foodbank, started by a group of Divisions, and even a campaign by Unicef as the first emergency response to tackle food poverty.

Therefore we believe that this theme is timely as well as incredibly significant to address in our social justice campaign as part of Amnesty International.