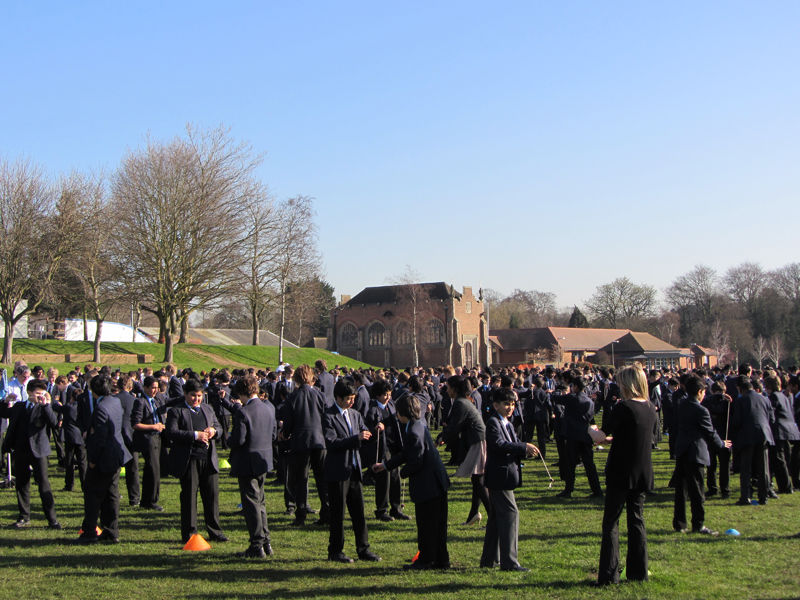 Pupils at King Edward’s School have attempted a new Guinness World Record for the most matches of conkers played at the same time.

The record stands at 502 people, but on Wednesday 28 March more than 750 pupils and staff took to the School playing fields to try and ‘crack’ it.

Duncan Witcombe, Head of Biology and event organiser, said: \”We gathered over 5,000 conkers in the autumn in preparation for the world record attempt.

“Although traditionally played in autumn, it was wonderful to crack the world record* on an unusually sunny March day. In total 776 pupils and staff took part in the event and for some it was the first time they had ever played conkers.”

“It was a fun event for the last day of term and provided another opportunity to raise money for the School’s charities fund.”

All monies raised will be donated to the three charities chosen by King Edward’s boys that the School is supporting this term: St Basils, Juvenile Diabetes Research Foundation, and Breadline Africa.

This is not the first time that the School has attempted a world record, as it previously held the Guinness World Record for the number of socks on a washing line.

*Record to be authenticated by Guinness World Records