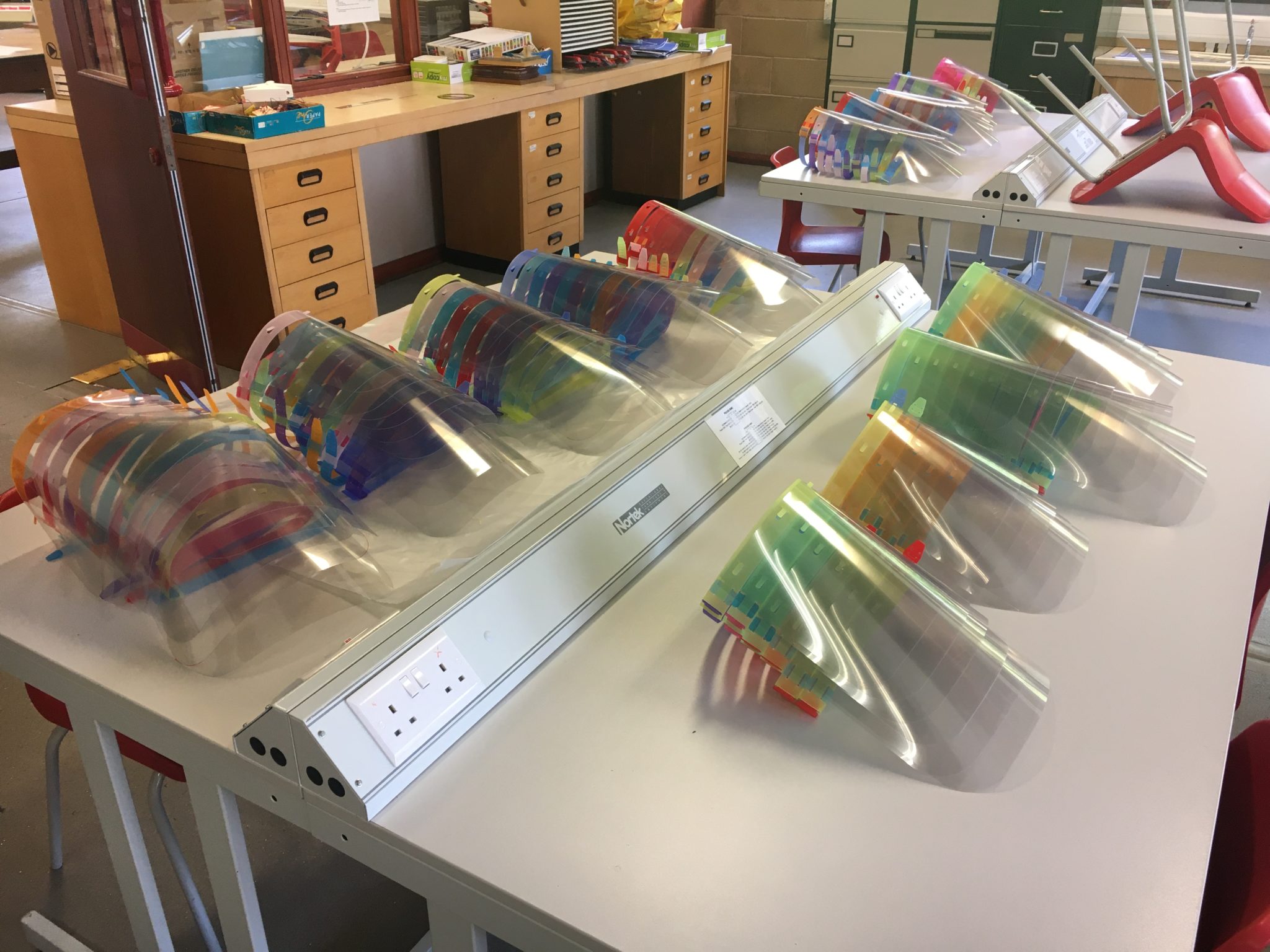 The face shields are manufactured using the school’s laser cutter and, as of 1 May, have been distributed to local hospitals, medical centres and care homes, including 500 to the Queen Elizabeth Hospital Birmingham.

Head of D&T, Phil Balkham, said: “The lack of Personal Protective Equipment (PPE) became a major news story so it felt wrong not to investigate what we could do and get on to it – we couldn’t just sit around and do nothing. With the support of the school we soon fired up our laser cutters to make a start.

“NHS frontline workers deserve all the support that they are getting and I know everything that is being done, no matter how small, adds up to a major effort. What we’ve done so far is relatively small scale compared to the national effort. However, if you combine the total effort of all D&T departments across the country, I think you’re talking about well over 100,000 pieces of PPE.”

Colin Howard, part-time Teacher of D&T, was keen to get involved in the production of the shields after his family, including his wife who is a local GP, experienced symptoms of the coronavirus, he said: “We all got quite ill and we became aware just how serious it was. The boys seemed to have dreadful colds and I just had a few days of very high temperature, horrible muscle aches and then incredible fatigue but all fine now apart from no longer being able to smell or taste anything.

“My wife went through 10 days of hell but, fortunately, she just avoided hospital admission and is now back at her GP surgery. She looks after three care homes and has lost a lot of patients which has been terribly depressing for her.

“With this background, we just wanted to do whatever we could to help. We have already had some very nice feedback from the recipients and apparently our shields are of a very high quality.”