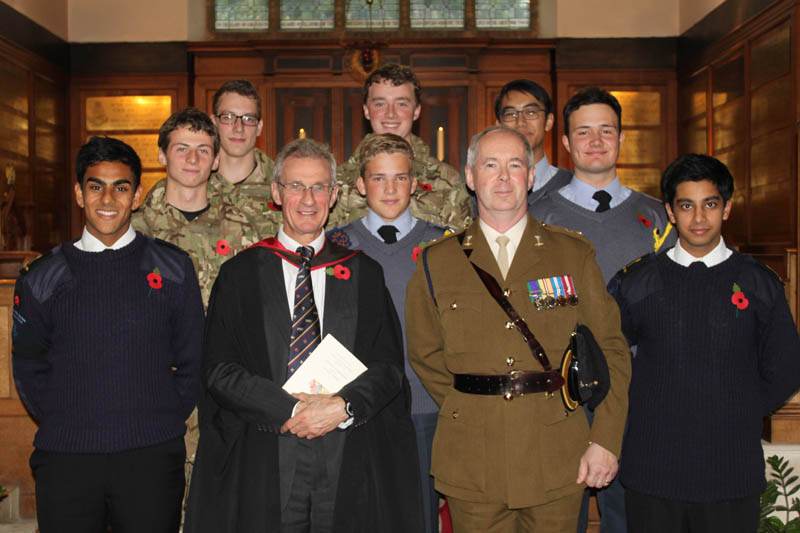 This month King Edward’s School will open an exhibition to commemorate the outbreak of the First World War and remember its former pupils who lost their lives.

The exhibition called ‘King Edward’s School and the Great War’ will open on Saturday, 8 November 2014 in the school’s memorial chapel. The exhibition will run for four years and develop throughout that time to mark some of the key events that took place 100 years previously.

The names of 245 of the school’s former pupils who died in combat in the First World War are listed on bronze memorial plaques in the chapel and visitors to the exhibition will be able to browse through biographies for each name via a virtual Roll of Honour.

The exhibition will also explore the school on the eve of war, the involvement of former pupils in raising the Birmingham City (Pals) Battalions, and a short film will reveal the impact of the conflict on JRR Tolkien and his school friends.

John Claughton, Chief Master of King Edward’s School, said: “1,400 boys from King Edward’s School fought in the First World War and 245 of them died. It is thanks to the service records compiled by Charles Heath, Head of Classics during the First World War, that we have so much detail about what happened to our old boys. Indeed, Robert Cary Gilson, who was the Head Master at the time, lost his own son in the conflict. The centenary and this exhibition provide an opportunity for us to remember those who gave their lives and to tell some of their individual stories.”

As part of the school’s commemorations, 40 boys visited the battlefields of Belgium and Northern France during the October half term. A plaque was dedicated to former pupils who lost their lives in the conflict at St George’s Memorial Church in Ypres and boys from the school’s Combined Cadet Force took part in the Last Post ceremony at the Menin Gate in Ypres where a wreath was laid.