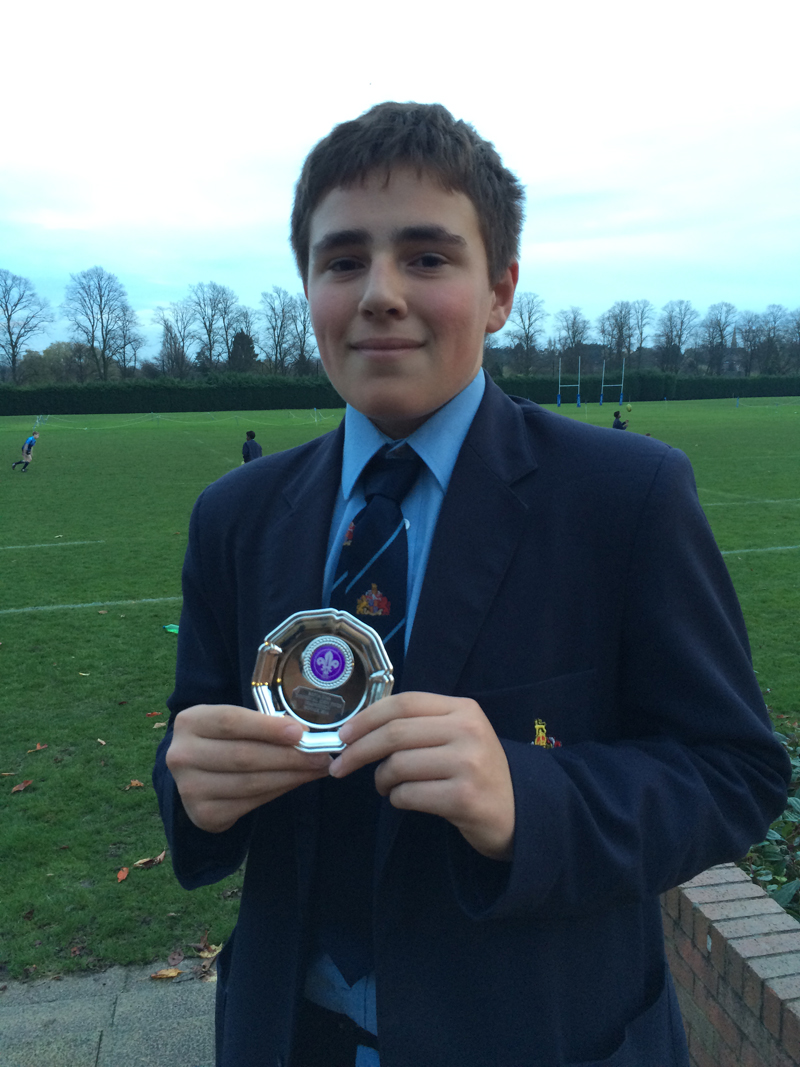 On Sunday, 9 November 2014 the U14 Fives Team took part in the REFCA U14 Competition at Harrow School.

Our team faced strong opposition in this individual event, with 41 players from eight schools taking part. Each participant played seven rounds, with the four highest point scorers going on to play in the final.

The tournament saw Richard Cooper-Smith and Colbert Xuan do extremely well overall, with Upper Middle pupil Ed James playing at his best and making it into the final. Delivering a stellar performance, Ed fought off tough competition from the other finalists to win 12-9. A very successful and enjoyable day was had by all!