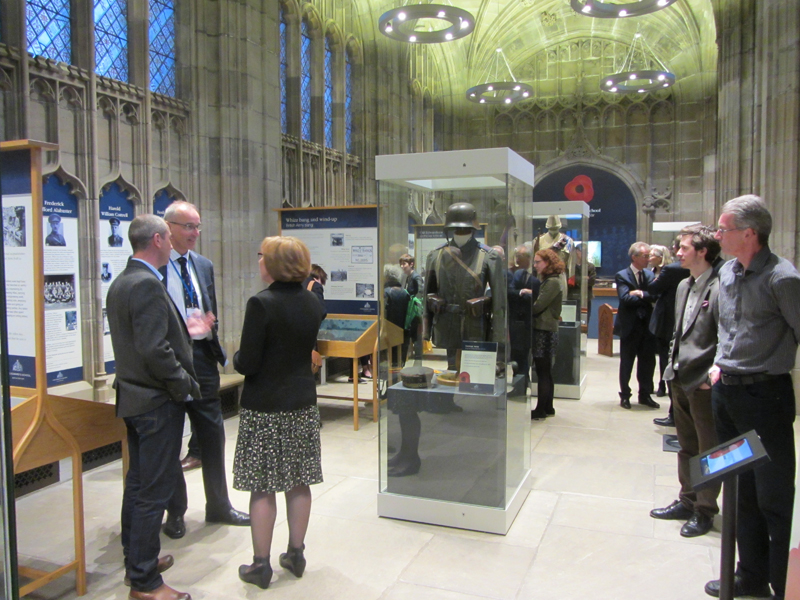 On Wednesday 4 May 2016, King Edward’s School officially opened the second phase of its First World War exhibition, originally opened in 2014, to commemorate the centenary of the Battle of the Somme.

The school’s Tolkien Lecture took place on the same evening with a talk on the Battle given by Sir Hew Strachan, the world’s most eminent historian of the First World War. This was preceded by the first showing of a film, produced by two former pupils, on the life and letters of Robert Quilter Gilson, who died on the first day of the Battle. Robert Quilter Gilson was the son of the Headmaster, Robert Cary Gilson, and the closest friend of JRR Tolkien, who also fought in the war.

Over 1,400 former pupils of King Edward’s School served in the First World War and 245 lost their lives, 52 of which during the Somme campaign of 1916. The new exhibition in the school’s memorial chapel explores the Somme campaign in greater detail and tells the individual stories of former pupils who fought and died in the campaign. Visitors are also able to browse through biographies for each of the 245 pupils who died in the First World War, and whose names are listed on bronze memorial plaques within the chapel, via a virtual roll of honour.

John Claughton, Chief Master, said: “King Edward’s School suffered great losses in the First World War as so many of its pupils went to war, often as young officers. However, there is no more poignant story than that of Robert Quilter Gilson, the son of the Headmaster, who died on the day of the school’s Sports Day in 1916.

“The chapel, which was the original main corridor of the school’s New Street building, has always been the school’s memorial to the dead and it has been very moving to bring that chapel back into the life of the school with these exhibitions. Wednesday was a truly wonderful occasion, bringing together boys, staff, alumni and members of the Gilson family to see the exhibition, hear a great historian and see a film produced by our own young alumni.”

The exhibition is open to the public on Friday afternoons and is free to attend but visitors must register in advance.