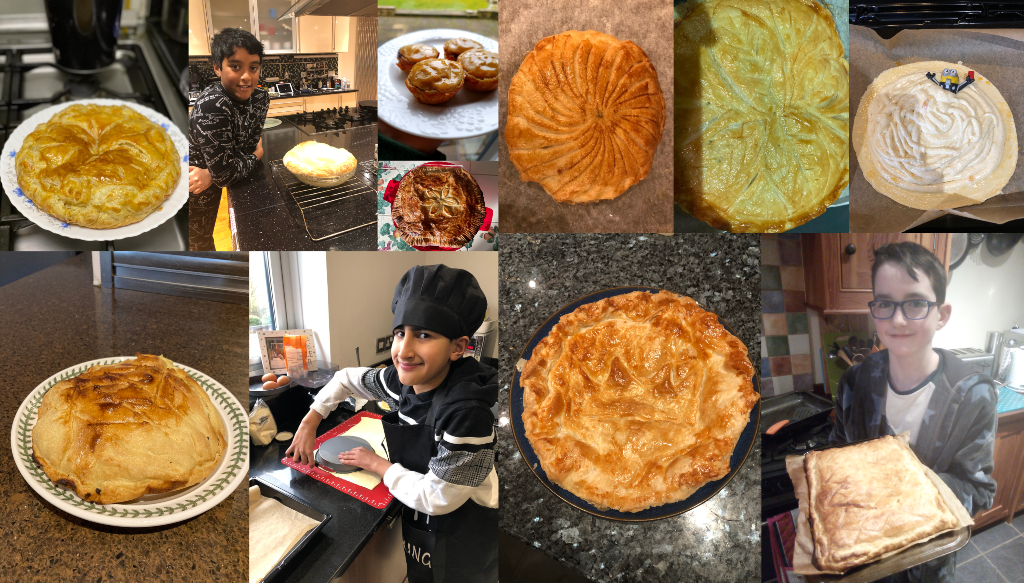 Earlier this month as part of their unit of study on festivals, the Shells were learning about the celebration of Epiphany in France and were challenged to make a traditional Epiphany cake known as the Galette des Rois, or King Cake, at home.

Epiphany is celebrated on 6 January to honour the arrival of the three kings as they visit baby Jesus in Bethlehem. On the day of Epiphany in France they make a King Cake from puff pastry and frangipane and hide a fève, or charm, inside the cake. When they divide the cake up into portions, which is known as tirer les rois, the person who finds the fève in their slice is crowned king for the day.

Most students opted for the traditional almond paste filling but Aidan Zhang in Shell H experimented with some mini versions of the cake filled with either lemon zest and matcha or pandan flavouring (jam and vanilla). 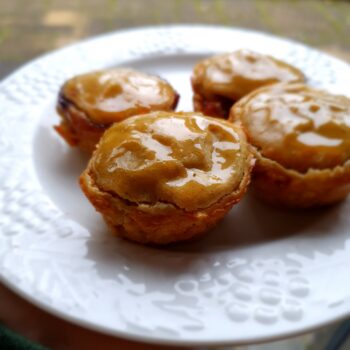 A special mention also goes out to Pratyush Pillai in Shell H who documented the making of his cake with photos:

And also to Tahir Mohammed who in addition to taking photos, created this short video in French: