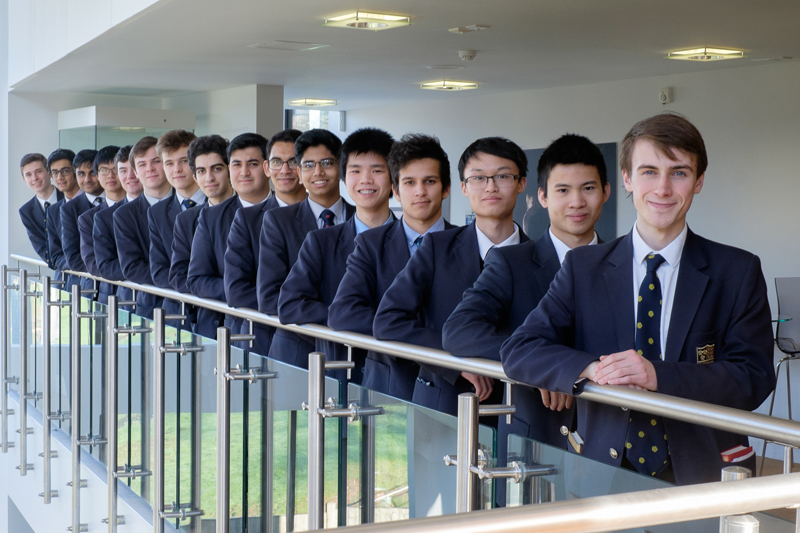 Boys at King Edward’s School, Birmingham have received the highest number of offers from Oxford and Cambridge since 2002.

27 boys in total have received offers for entry in October 2016: 15 received offers from Cambridge, another record, and 12 from Oxford. This brings the total number of offers received by boys at the school over the last six years to 125.

The last time a higher number of offers were received was in 2002 when there were 30 offers. This year’s offers range across 13 different courses including six offers for history, four for modern languages and three for medicine.

“This is a generation of exceptional talent and these boys richly deserve this remarkable success,” said John Claughton, the Chief Master.

“Oxford and Cambridge are world-class institutions and they attract the best talent from all round the world. The number of applications rises year on year so that it has never been harder to get an offer: for some courses there are a dozen applicants for every place. It could not be more competitive and gaining an offer requires not only ability and hard work, but real intellectual engagement – and great commitment and passion from our teachers, too.

“We are particularly pleased that the boys have won offers across such a breadth of subjects: half of the offers are in Maths and Science, half in humanities subjects and that says a lot about the nature of this school and the education it provides. And this might just be further proof that the IB Diploma really is the best preparation for the very best universities. There won’t be many schools in this country that have a quarter of their pupils with Oxbridge offers.”