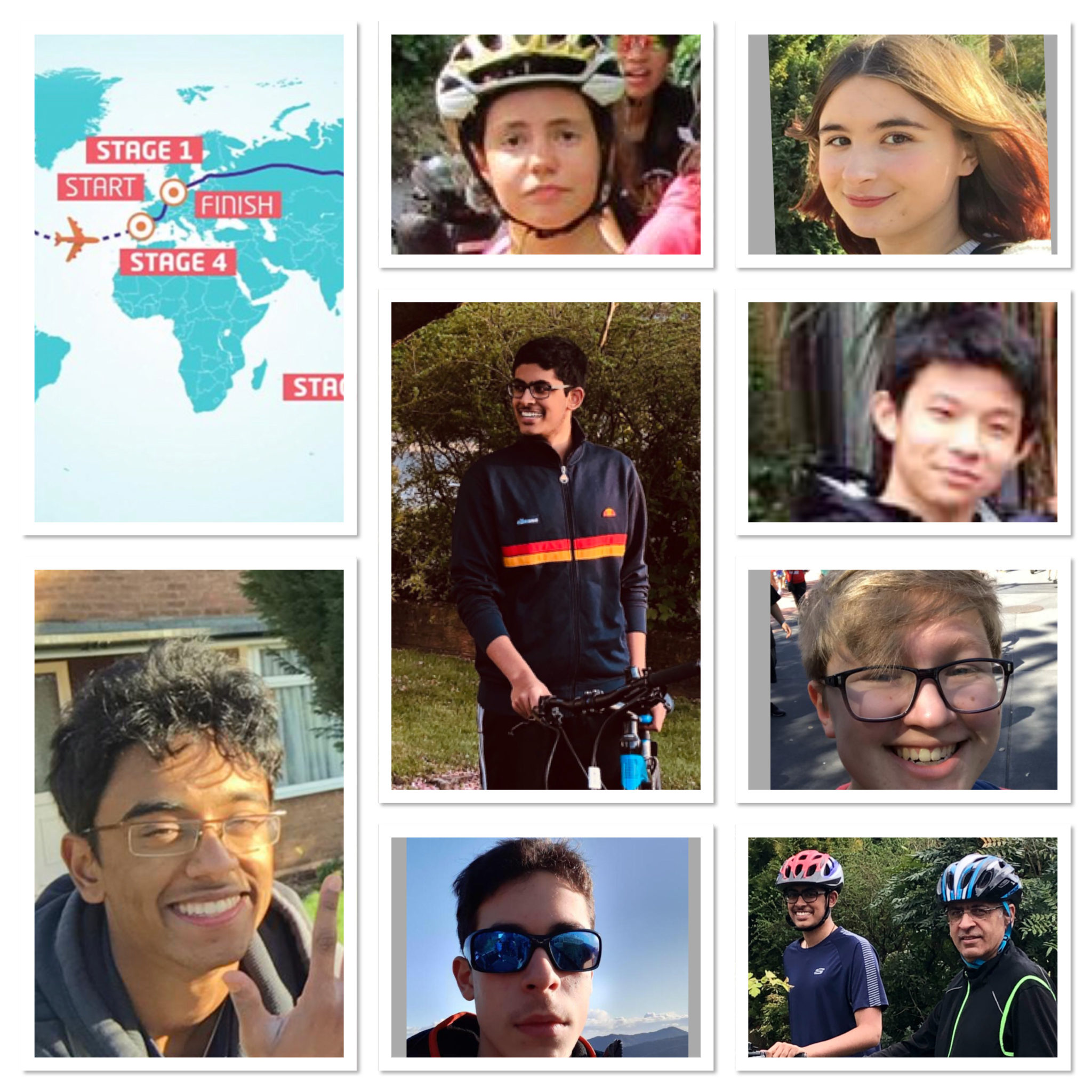 KES Around the World

A small group of King Edward’s boys and girls have taken on a charity fundraising challenge to complete an entire circumnavigation of the Earth on their bikes – 29,000km (18,000 miles)! All money raised is for our frontline NHS staff. You can support them via JustGiving.

Latest updates on the journey so far:

The thrill of traversing the entire globe has never failed to capture popular imagination – perhaps it is the sheer magnitude of the task itself (whilst only being the fifth largest planet in the solar system, Earth is still fairly large!), or even the notion of crossing all boundaries, and uniting as one global community. In times of coronavirus, such togetherness could not be more paramount, and this pandemic has shown our ability to show solidarity and respect for each other.

But, the idea of a jaunt around the world isn’t novel and has enticed adventurers for centuries; Jules Verne’s classic Around the World in Eighty Days is arguably the most well-known rendition of such a voyage and, since then, celebrities and athletes alike have set themselves similarly inspired, unique and enervating challenges. In 2009, a group of 12 performed a relay version for Children in Need, and more recently, in 2017, British endurance cyclist Mark Beaumont completed his attempt in 79 days. It, unquestionably, is a veritable legacy to continue, but King Edward’s is renowned for its tenacity and perseverance.

On Friday 8 May, our own voyage began, albeit restricted by the instruction to stay at home. A group of us got together, collectively inspired to do what was in our capacity to aid those on the frontline, but even more importantly, to complete a challenge in memory of all of those noble men and women, who have lost their lives to protect us. As a group of 15, we began the mammoth challenge to collectively cycle around the world. And, in true spirit of global and local unity, our group was formed not only of King Edward’s boys, but also girls from KEHS, and others in our respective communities.

As I write this, the up-to-date figures are as follows: We have completed 2,800km and raised over £600. Our travels started in Birmingham, but from there we have crossed most of Europe (visiting France, Belgium, Germany, Austria, Hungary, Romania and Ukraine!), and our next checkpoint will be in Turkey.

If you are feeling generous and would like to get behind all of us as we complete this Herculean effort, you can head on over to our JustGiving page!

We will keep pedalling and will not stop. Those on the frontline, past and present, will remain in our hearts. We can never pay back their service, but we will do whatever we can, together, to help.

First came Verne with his book; then Mark Beaumont on his bike; now, it is our turn!

Below are some insights from some of the other participants of the challenge, including NHS doctors.

Arjun Narendran: “The intensity of what our frontline staff have to do is unparalleled and I think that is what is motivating me to get out there every day to keep pushing!”

Ella Mason, KEHS: “The entire King Edward’s community is doing whatever it can to help and I think that really pays tribute to our character in general. This is a fantastic challenge and we’ve got a long way to go!”

NHS Doctor: “The way the public has supported the health service during this crisis is humbling – actions like this motivate us to keep on going.”

The ultimate message? Solidarity and unity – we are in this together! With your help and kindness, we hope to raise a substantial amount of money. 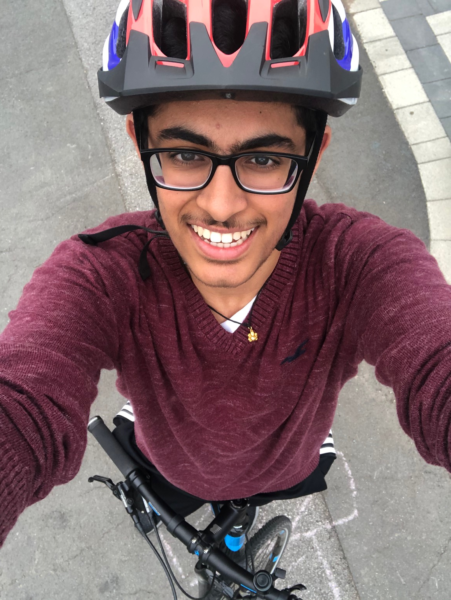 I am about to tell you about a fundraiser I ran for NHS Charities Together during May which raised almost £8,900. Before I begin, I would like to express my sincere gratitude to Mr Browning and Mr Petrie who helped me to make this idea a reality, especially in the short timeframe we worked in. Unfortunately, my grandad contracted Covid-19 and passed away in April, but the diligent care the NHS staff provided my grandad with when he needed it most inspired me to raise money for NHS Charities Together.

I decided to cycle 260 Kilometres in May 2020, come sunshine or rain (luckily the weather was incredibly kind!!) and in the final days of April I reached out to 11 Fifths who all decided to do fundraising for the charity too. I am really grateful to all of the guys for their hard work, support and contribution to the amazing total amount we raised. Although the challenge was long, arduous and audacious, everyone was motivated by the worthy cause. Advait Kuravi asserted that “it is incumbent upon us to come together in these difficult times to help those that need it the most” and Varun Mohan said that he “did the challenge to help raise money for the NHS.”

Pavan Samra, our biggest individual fundraiser with over £2,000, said that he had “thoroughly enjoyed this challenge.” Oliver Tinley and Ben Wharton both acknowledged that the challenge has been “great!” Unfortunately, Sam Howells and Angelo Xydias encountered technical issues with tyres and bikes, but they ardently soldiered on and completed the challenge.

Overall, as a team we have raised almost £8,900 which is simply a phenomenal amount considering that my original goal was £500. Thank you to everyone who has donated, supported and participated! The team of Fifths who participated in this challenge have shown that, even in lockdown, they have performed, made sacrifices and remained true to KES values during these incredibly hard times. On a different note, a huge thank you to the pupils in other year groups who have raised over £500 by doing various challenges related to 2.6.

If you would like to donate to a member of our team our page can be found on JustGiving.