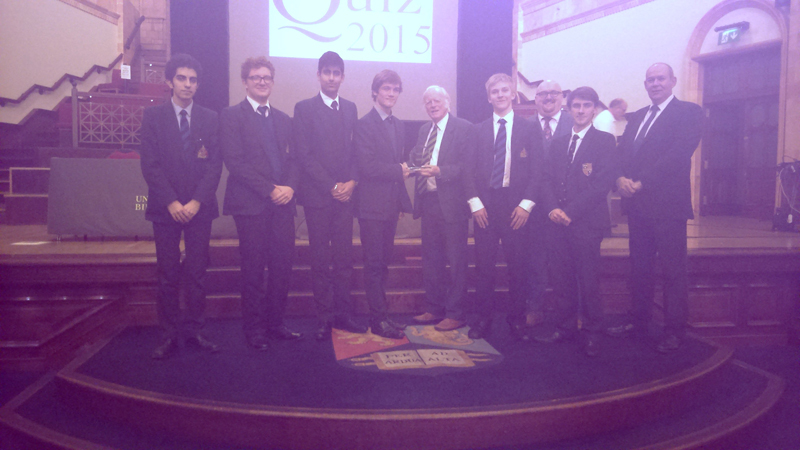 Over 35 teams from across the West Midlands competed in 10 rounds of questions in the Mega-Quiz, which was held at the University of Birmingham on Tuesday, 17 November 2015.

The King Edward’s School team performed exceptionally to win by a clear margin over their nearest competitor and runner-up, KE Five Ways.

The Lord Mayor of Birmingham will officially present each member of the team with a certificate early next year and they have already received a trophy and shopping vouchers for £20 each. The school will receive a cheque for £500 to spend on equipment.

John Claughton, Chief Master of King Edward’s School, said: “We seem to have a lot of boys here who know an awful lot. That is why we do so well, year in year out, not only in this competition but also in the national Schools Challenge and Junior Schools Challenge. These are mini-versions of University Challenge and several of our boys have appeared on that programme, too. I expect that the winners of this competition will do the same thing in the future.”

The King Edward’s School team is made up of Nick Wyatt (captain), Josh Kimblin, Edwin Bahrami Balani and Phil Holt in Year 13 and Alex Pett and Ashwyn Aulak in Year 12.