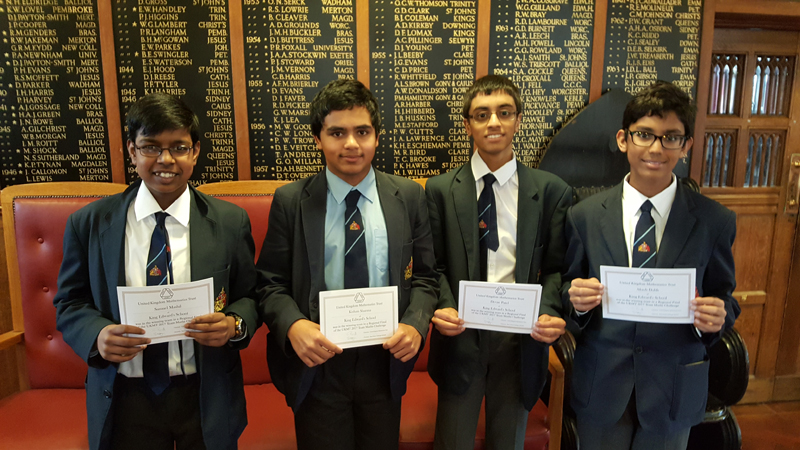 A team of four boys from King Edward’s School is through to the National Final of the Team Maths Challenge after winning the regional stage of the competition.

The Team Maths Challenge, organised by the United Kingdom Mathematics Trust, is a national competition for Year 8 and 9 pupils that tests their mathematical knowledge through several rounds of problems and puzzles.

Almost 30 teams competed in the West Midlands Regional Final, which was held at Wolverhampton Girls’ High School on Friday, 24 March 2017. The King Edward’s School team performed exceptionally well and finished with a total score of 209/236 points, more than 20 points ahead of the runners-up.

The winning team, comprising Akash Dubb and Samuel Mashil in Year 8, and Kishan Sharma (c) and Devan Patel in Year 9, will compete in the National Final at the Royal Horticultural Halls, London in June.