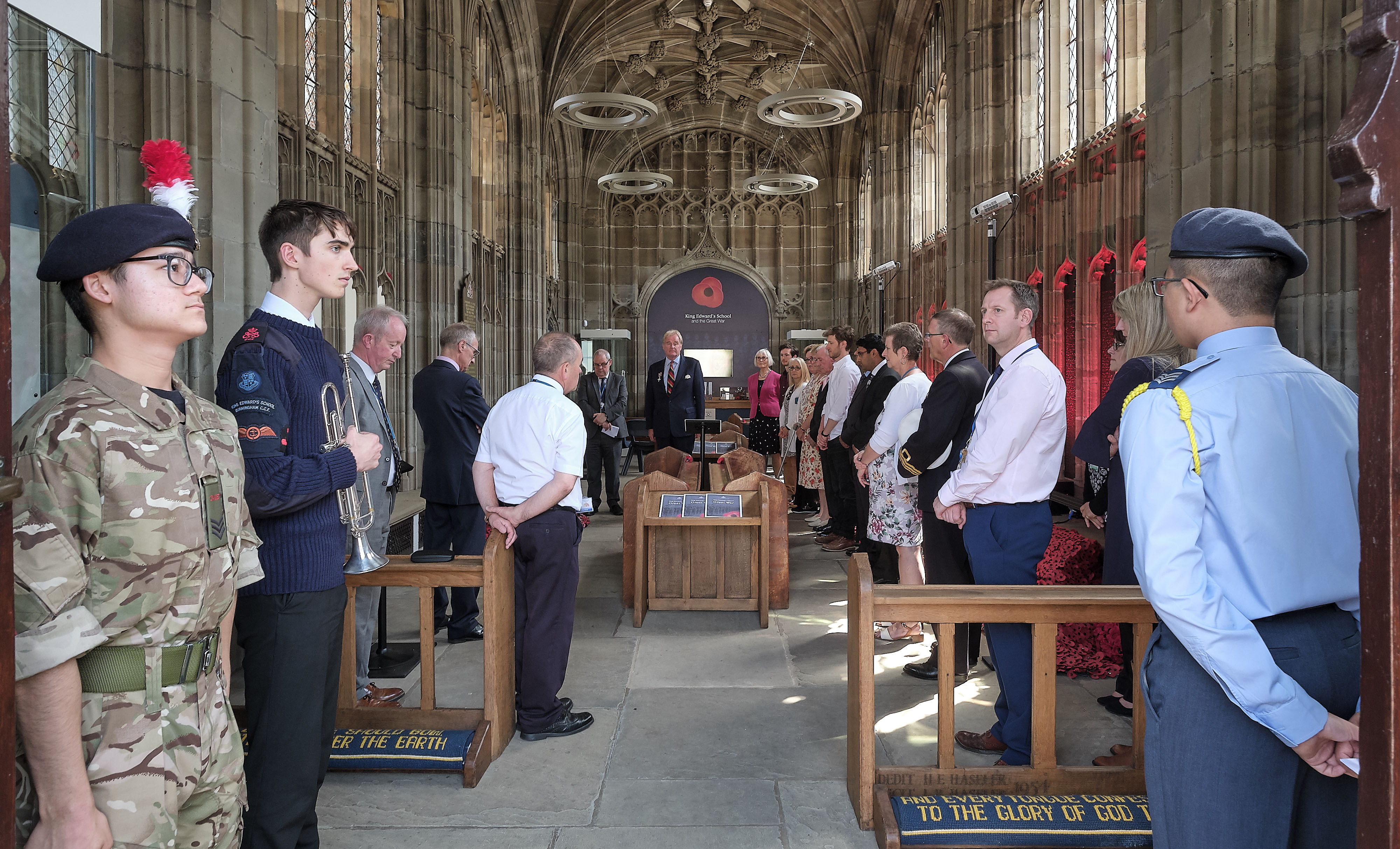 A plaque has been installed in the memorial chapel of King Edward’s School to honour the school’s forgotten casualties of the Great War.

The plaque, which remembers 17 former pupils that do not feature on the school’s original memorial plaques, was unveiled at a dedication ceremony on Friday, 28 June 2019, with guests in attendance including relatives of the fallen.

The school’s original bronze memorial plaques list the names of 245 former pupils who died during the First World War. During the four years of centenary commemorations, the school has held three exhibitions to honour the service and sacrifice of over 1,400 of its former pupils who fought in the conflict. It is the research for these commemorations that revealed the 17 names missing from the original memorial plaques.

The deaths of several of those named on the new plaque were not known of at the time the original plaques were made, others either died as a consequence of their wounds after 31 August 1921 – the date Parliament officially declared the war ended – or, suffering from what we now know as post-traumatic stress disorder, took their own lives.

Keith Phillips, Acting Chief Master, said: “It is thanks to the service records compiled by Charles Heath, Head of Classics during the First World War, that we have so much knowledge of what happened to our former pupils during the conflict. Building on his work, it is thanks to the extensive research undertaken by the Foundation Archivist Alison Wheatley that we now know of these additional losses suffered by the school.

“Above all, I hope that the relatives of those who are honoured on the plaque feel that we have paid due respect for their sacrifice and have remembered them appropriately.”

The new plaque stands opposite the original roll of honour in the school’s memorial chapel. It was created pro bono by Gordon Dutton, the school’s sign-writer of many years.