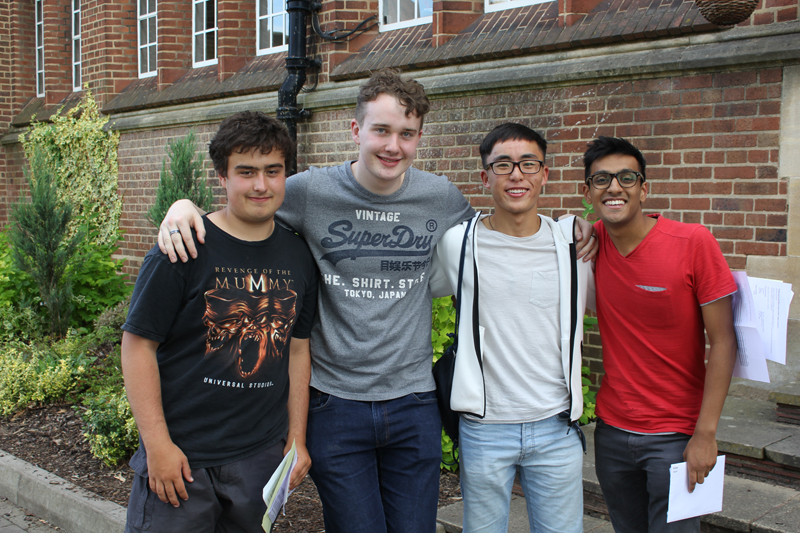 The sixth year of the International Baccalaureate (IB) Diploma at King Edward’s School has produced another set of outstanding results.

The maximum score of 45 points was gained by three boys, Nathan Appanna, Akash Kumar and Bill Xuan, a score achieved by only 218 students worldwide out of almost 160,000 IB students in total. A further four scored 44 points and 54% of the cohort attained scores of 40 points or above: 40 points is the equivalent of more than four A*s at A-level. The average score is 39.1 points, nine points above the global average.

Mark Fenton, Chief Master of King Edward’s School, said: “I am absolutely delighted with the results our boys have achieved, which are testament to their hard work and dedication. These results place the school, once again, amongst the very best IB schools in the world and for the boys it means that the vast majority have made their offers at top universities. Both the boys and their teachers should feel very proud of their achievements.”

In September 2010, King Edward’s replaced A-levels with the IB Diploma for its Sixth Form provision. The IB Diploma comprises six subjects within which pupils must study English, mathematics, a science, a language and a humanities subject. Pupils also complete an extended essay on any subject, study Theory of Knowledge and undertake a range of extra-curricular activity and community service.

For more details about the International Baccalaureate Diploma, visit: www.ibo.org