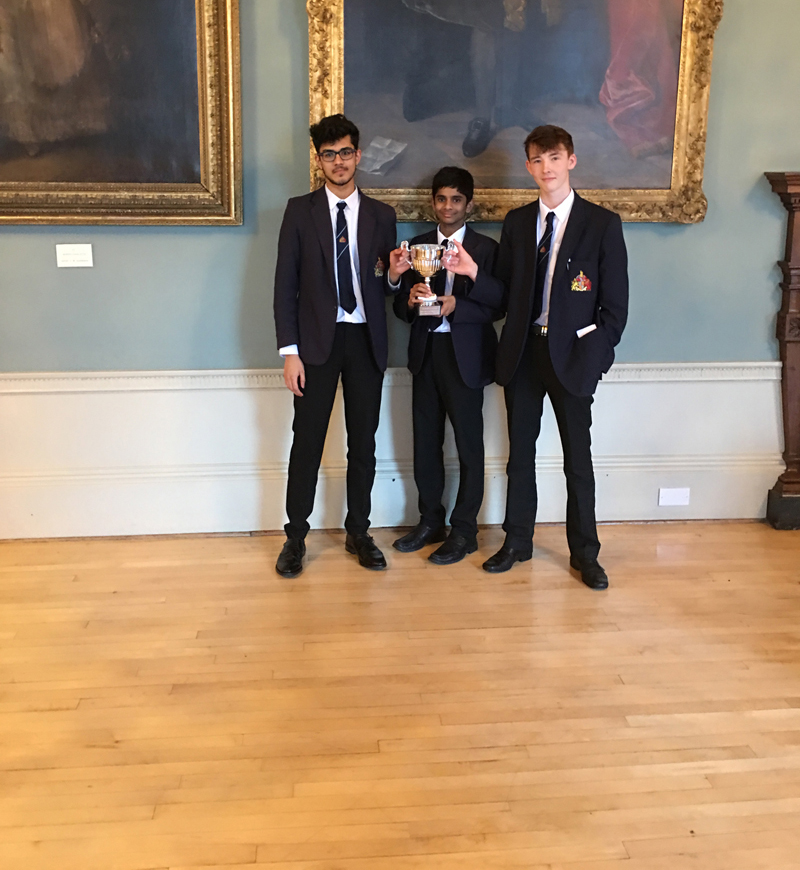 King Edward’s School is through to the National Final of the ESU-Churchill National Public Speaking Competition 2017 after winning the Regional Final at Worcester Guildhall on 4 March 2017.

The Competition, which is the largest of its kind in the UK, helps pupils develop their speaking and presentation skills by encouraging them to engage with wide-ranging issues. The team will now compete as one of the top six teams in the country in the National Final at Churchill College, Cambridge in April 2017, with the hope of progressing to the International Competition.