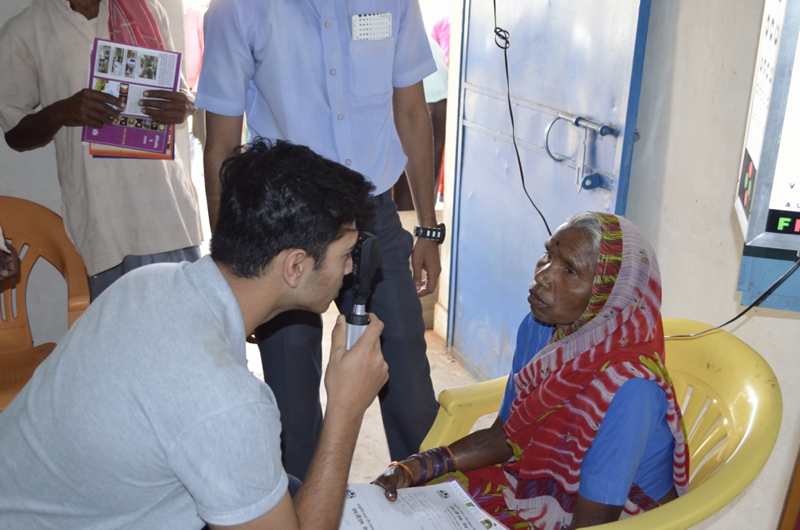 A Sixth Form pupil from King Edward’s School, Birmingham has spent Christmas working on a community project assisting with eye operations in India.

16-year-old Vikram Thakur from Solihull spent a week from the 20th to 27th of December in a rural village near Raipur assisting his mother, an ophthalmologist from Kidderminster Hospital, with the diagnosis and treatment of cataracts.

Having been born in Raipur, the area is significant to both Vikram and his mother and the opportunity to help local villagers was something they were keen to do. During the week they set-up hospital, Vikram assisted his mother with 40 diagnoses and 20 cataract surgeries.

“I lived in hospital accommodation in the Rajnangoan village, where we were based for the week, for the first three years of my life while my mother was working there. The rarity of charity hospitals and the lack of funding available to them means many villagers there don’t get diagnosed or treated for cataracts and many go blind. It was an amazing experience to be able to help so many people and one that I hope to repeat through the charity that we have set up.”

Vikram is currently studying towards the International Baccalaureate Diploma (IB) and hopes to study medicine at university. As part of the IB, students must complete an element of community service alongside their academic studies and the India project forms part of that.

John Claughton, Chief Master of King Edward’s School, said: “The initiative that Vikram has shown in his work with this project is remarkable for a young man of his age. I am sure that what he has done with his mother will make a big difference to those he helped and it also shows his strong sense of responsibility to the wider world.

“The IB Diploma is an education which emphasises both involvement in that wider world and the need for service, so Vikram seems to be the perfect IB student. I am sure that he will make an outstanding doctor in the future.”