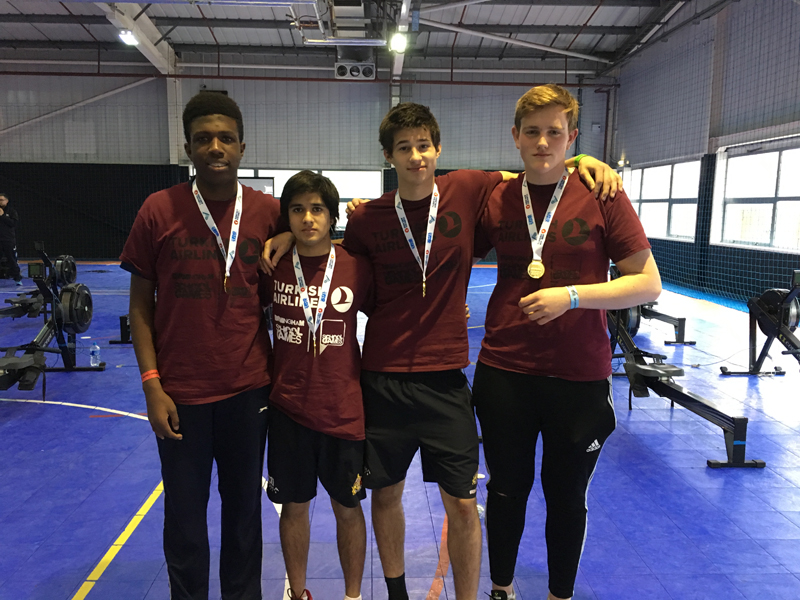 The King Edward’s School U16 indoor rowing team made an impressive debut at the Birmingham School Games on Thursday, 9 February 2017, by winning three medals.

Year 11 pupils Matt Gissen, Ben Coward, Arinze Okemuo and Shiv Bharakhada represented the School in both the team and individual indoor rowing events. The boys finished first in the team race, winning by almost 100m, while Matt and Ben finished in first and second place respectively in the individual race.