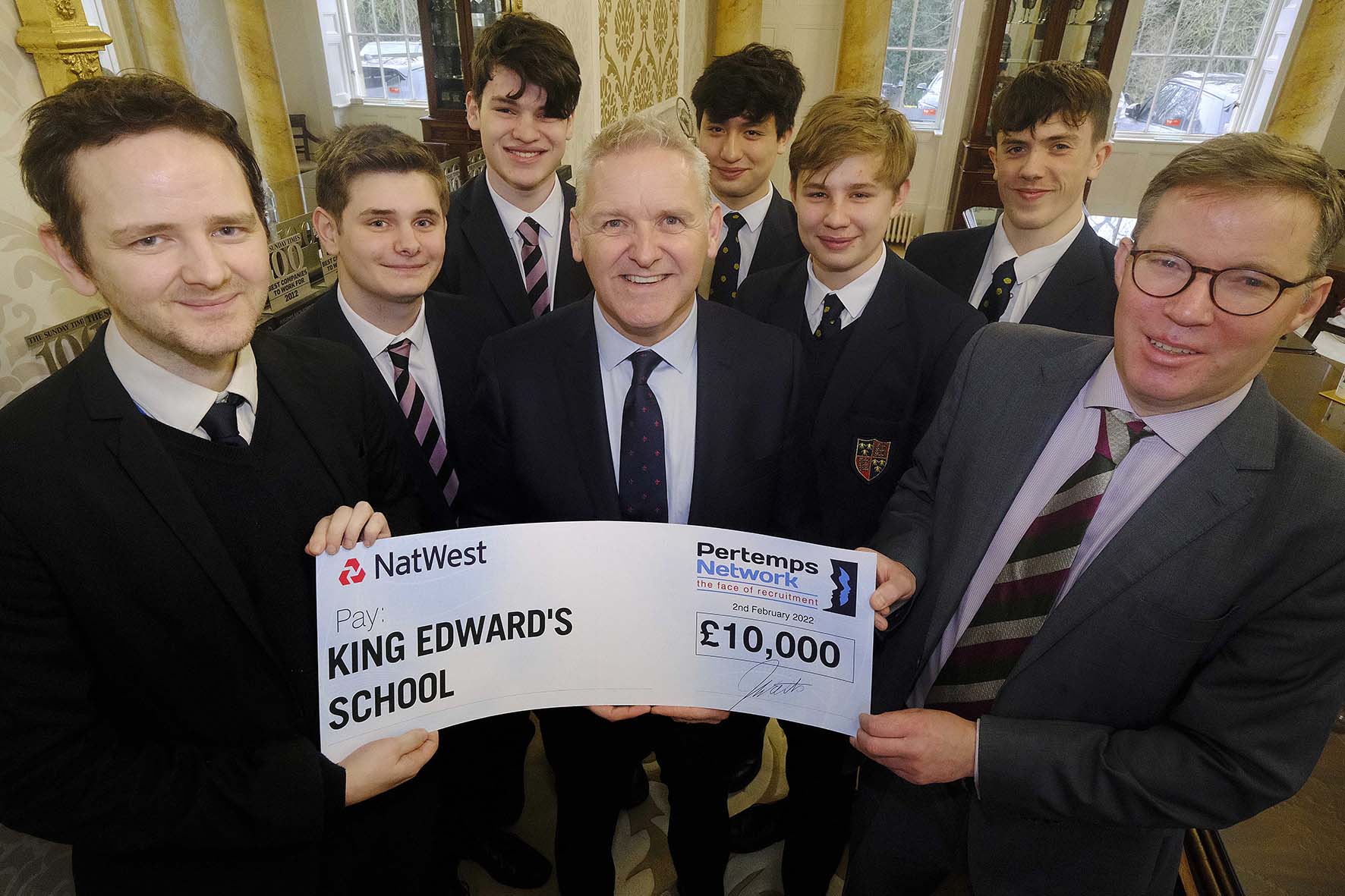 Students from King Edward’s School got an insight into one of the region’s biggest businesses when they visited the headquarters of Pertemps last week.

Following a third successive win in the Lord Mayor’s Mega Quiz, boys from the school’s quiz teams were given a guided tour of the company’s headquarters in Meriden by Lifetime President Tim Watts and CEO Steve West.

They were also presented with a £10,000 prize, a bonus from the firm to the school for winning the annual schools’ competition three years in a row, taking the total number of KES victories to five in nine years. The quiz is entered by around 50 city institutions annually.

Tim Watts, who was also joined by Martin Burton MBE, Chairman of the Lord Mayor of Birmingham’s Charity, has promised to donate a similar amount to any school winning the popular competition three years in a row.

Tim said: “It is so important to encourage young people to seize the opportunities they have, work hard and to keep moving forward.

“This business was founded in Birmingham 60 years ago by my mother. We have not grown rapidly but we have grown steadily and are now the largest independent UK recruitment specialist.

“Pertemps will continue to support the charity and invest in young talent and enterprise in the communities we live and work in.”

The Lord Mayor’s Mega Quiz, which is for sixth formers, is organised annually by the Lord Mayor of Birmingham’s Charity, of which Pertemps is a supporter, with entry proceeds going to support a range of local charities.

Dr Katy Ricks, Chief Master of King Edward’s School, said: “We were delighted that a team of KES boys achieved a hat trick in the Lord Mayor’s Sixth Form Mega Quiz, and are grateful for the generous prize and warm welcome to Meriden Hall brought about through Pertemps’ sponsorship of the quiz.”