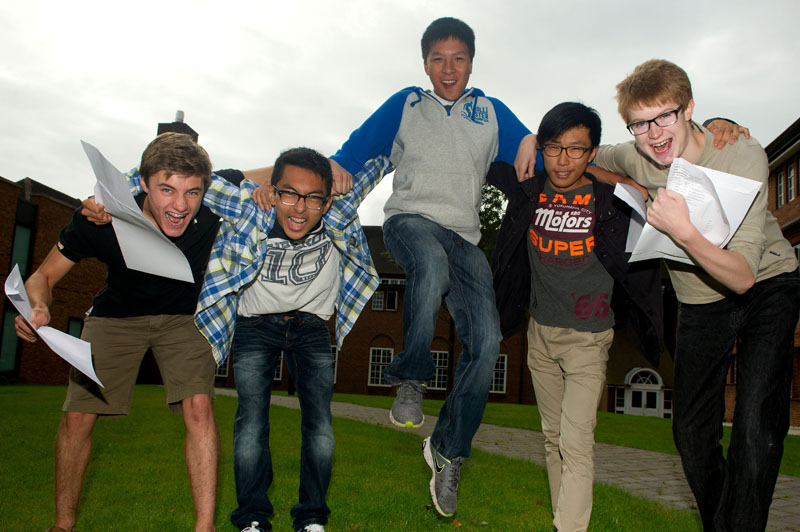 Boys at King Edward’s School are celebrating after achieving the school’s best ever GCSE results.

John Claughton, Chief Master, said: “These results represent a big leap forward for us and are very exciting for the boys and the school. It\’s not only the stars that count: the average boy in this year has got 8A*s, 1 A and 1 B grade. We always thought that this was a special group of boys but it is always nice when they get the results they deserve. And these boys are also very active in any number of ways in school life with music, drama, sport and expeditions: for example, this year’s hockey team reached the national finals.

“This has been an outstanding year for the school in academic terms with our second set of outstanding IB results and over 20 boys into Oxford and Cambridge. With almost all of our GCSEs being IGCSEs and with no A-Levels here, we have committed ourselves to an independent and rigorous education and we think that is paying dividends for us.”