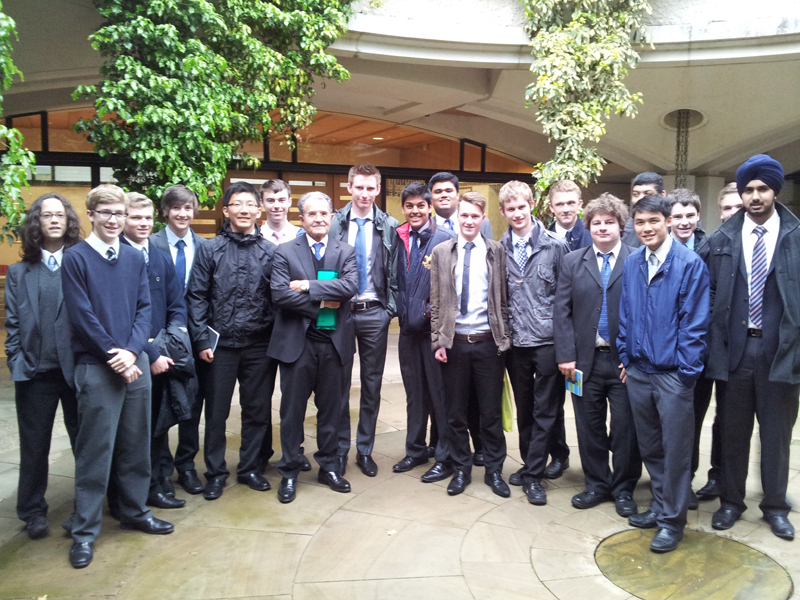 Very few people would describe themselves as feeling “compelled” and “intrigued” on a drizzly May afternoon in Oxford; but the group of 20, ranging from the Fourths to Divs, were the exception to this rule.

On the 15 May, a group of us made our way down to St. Johns for this highly awaited talk by the world renowned speaker, Romano Prodi. Having served as the Prime Minister of Italy, and subsequently the President of the European Commission, we were expecting a great lecture from this distinguished figure.

On arrival to St. Johns, hail was falling and the skies were grey, but this hardly set the tone for the oncoming lecture. ‘Christianity and Globalisation’ initially are thought of as completely contrasting topics, perhaps each even considered as uninfluenced by the other, but it is exactly this concept which Prodi used in engaging us in his lecture. His argument lay in the ubiquity of each subject, and therefore the way in which it is made hard for them not to overlap and be influenced by one another.

He opened his speech with the line, “Christianity was the force behind the foundation of society, and the transition to capitalism and democracy can be seen to directly have been because of Christianity.” In this one sweeping and general statement, not only did he lay the path for his ensuing explanation, but also he was able to link the distinctly divergent ideas together into one concise argument. His fascinating interpretation continued … and 45 minutes later, with the occasional event of being lost in his thick Italian accent, the talk came to a close. Having covered topics ranging from Communism, to the idea of dual belonging, to the questioning of modernity, to the loss of sovereignty as a country and religion, it cannot be argued that Romano Prodi set himself up for some stirring questions.

We began discussion as soon as we made our move from the Oxford campus to Bella Italia. Revelling over dinner and prompted by Mr Coverdale, Mr Stacey, Mrs Ostrowicz and Mr Claughton, conversation was definitely fuelled for the whole night, all the way back to Birmingham, even until the present day!

If you are still questioning, ‘How is the world today affected by religion, at all?!’, make sure you attend up and coming Economics’ talks that will be broaching and delving deeper into Prodi’s argument, and even the flaws thereof.
I only hope that this worthwhile and memorable event is set to become an annual part of the School’s programme calendar.