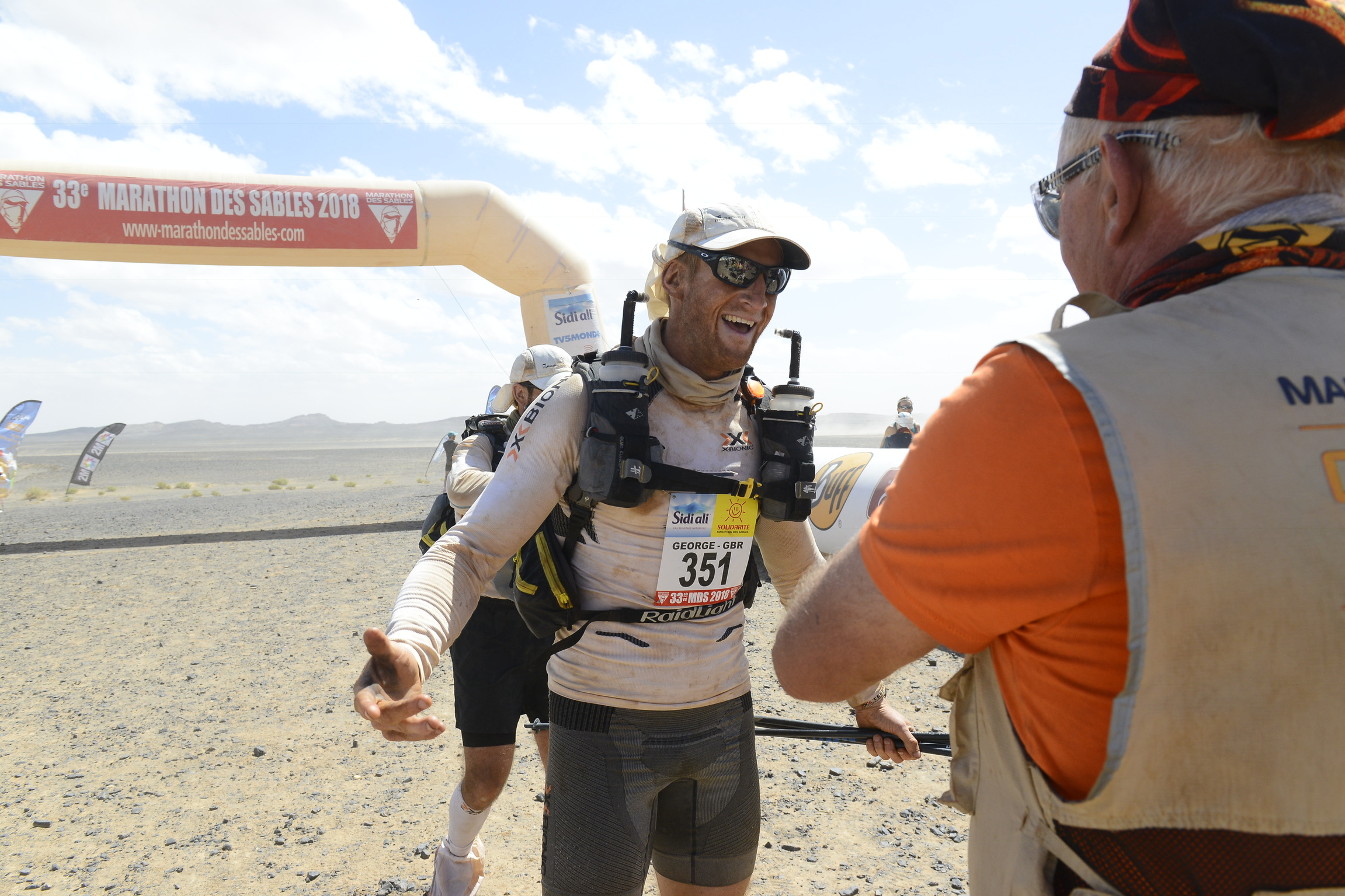 Director of Rugby and Head of Sport Science at King Edward’s School, George Browning, has raised over £4,000 for the NSPCC by spending his Easter break running the Marathon des Sables, a 156-mile race across the Sahara Desert.

The gruelling ultra-marathon, known as ‘the toughest footrace on earth’, is a six-day race in which runners carry all of their own equipment and supplies across Southern Morocco in temperatures as high as 50˚C.

George, who completed the marathon on Friday 13 April, said: “It was the most brutal race I have ever done. The heat was so debilitating I had to stop at checkpoints in the shade to avoid being pulled out of the race by the medical team. Luckily I didn’t have to use my venom extractor pump, which was one of the mandatory bits of kit.

“I threw away my stove and fuel to save on weight and made do with cold food for the week. I would add water to my dehydrated food and leave it in the Saharan sun for a few hours to warm it up so I could stomach it a bit better. I lost about three kilograms.

“Each stage offered a new challenge – dunes, mountains, hot salt plains, dried river beds or simply the distance (the longest stage was 86.2km). It was certainly a once in a lifetime race and one which I won’t repeat soon but I would definitely recommend to anyone with a sense of adventure!”

George’s passion for running came as a result of a knee injury that stopped him playing rugby. He has previously completed a 100km night race and the Welsh 3,000s Mountain Challenge and hopes that his efforts will also inspire his pupils.

“Some of my pupils researched the race and probably thought I was odd for wanting to put myself through it”, said George. “I hope I can help them to understand why some people seek this kind of challenge and encourage them to seek their own, whatever it might be.”

The NSPCC is the leading children’s charity fighting to end child abuse in the UK. Last term, boys, parents and staff at King Edward’s raised over £12,000 for the NSPCC by rowing the distance equivalent to the Atlantic Ocean. You can help George achieve his target of £5,000 via JustGiving.