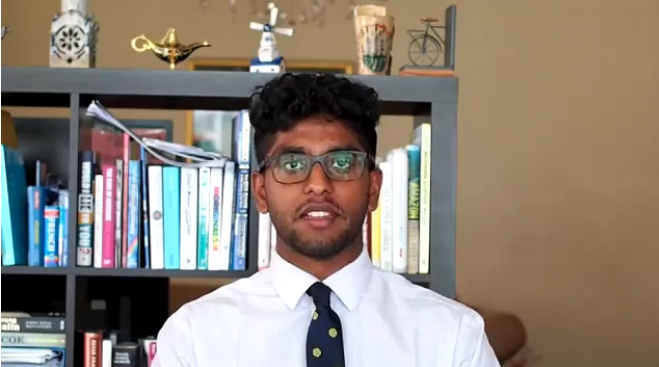 Hello to all of you reading this. I hope that all of you are doing well and are adequately getting yourselves through lockdown. I say ‘adequately’ but to be honest, I don’t even know what that is supposed to mean in this context. How can one judge how well another person has responded to a global pandemic in relation to another? Just within our school community, there has been such a wide range of responses, just in the general behaviour of students and staff, but I suppose our previous standards of what is ‘normal’ to be doing during this time doesn’t really apply with regard to everything going on in the world at the moment. I suppose a lot of it comes down to circumstance. But that is enough rambling! Now it is time for me to get to the point of what I would like to discuss with you all, my so dedicated readership, which part of me guesses I could count with the fingers on my two hands but the optimist in me likes to think differently.

At the time of writing, it is currently 23.52 on Tuesday, the day before the assembly I created along with Loulseged Belayhun (Sixths) and Arinze Okemuo (OE 2019) is set to be shared with the KES community. By the time this edition of the newsletter will have been published, you all will have hopefully watched the assembly and discussed it with your peers, Form Tutors, family and more. But what I would like to write about is one of the lessons I learnt during the process of creating this assembly. This lesson was taught to me, or at least made clear to me (if there is any distinction between the two) by none other than Ms Ostrowicz. So I thought, why not share that wisdom with all of you.

In a world where activism has been brought to the forefront, I would say that my outlook on the ways in which it can be done has certainly been broadened. Like many young people watching current events unfold and the atrocious injustices taking place, I feel like I have been on the warpath as I have tried to raise awareness for the Black Lives Matter movement. I have tried to expose these issues to the people I am connected to (whether face to face or via social media), and just generally tried to always educate myself and help those that require it. But inevitably, when handling an issue as intrinsically emotive as this, it can be so easy (as I know from my own experience) to be overwhelmed with anger. While an emotion like anger can be a great source of drive, it can also easily have a negative effect on the message we are trying to convey to others. When anger spreads beyond one’s drive and potentially pollutes the content of the points we are trying to make, it can unfortunately raise walls rather than bring them down. It can create unnecessary division in a world where we are already divided in so many ways. This is how Ms Ostrowicz reminded me of the relationship between emotions and action. During a time where I felt so overwhelmed with emotion and my head was clouded by exasperation and frustration, she highlighted for me how easy it is to raise negative emotions from others, which can consequently result in actions that are detrimental to what I am trying to achieve.

It is important to remember the saying, ‘violence breeds violence’. With this same sort of logic, it would be safe to assume that anger breeds anger. This may be great in raising initial awareness and action, when applied to those who hold similar views to you, as they will share that same anger. However, that is the easy part. If you are speaking to someone who already disagrees with you about a controversial matter, in such a way that they feel like they are being attacked or disrespected, they will inevitably go onto the defensive. This will consequently raise destructive, divisive and uncreative emotions. On the other hand, if we can raise emotion that is directed towards good action, then that is where real change occurs.

It is important to remember that when you are having open discussions with those that may originally disagree and hold different views to you, regarding controversial issues like institutionalised racism and privilege, the fact that they are open to having a conversation means they may be open to changing their opinions. This means that you have an opportunity to educate! This means you have the opportunity to present them with new facts and new evidence, this dispelling any sort of misunderstanding that they may have had in the first place. As exhausting and frustrating as it may get at times, we must remember that we all had to learn about these racial and social issues ourselves in the first place. We must remember that there was a time when we too were ignorant or did not fully comprehend the reasons behind a number of political and social movements.

Essentially, we must recognise that when you have an open discussion or debate with someone who may hold certain views or beliefs that differ to you, recognise that you have an opportunity to help them see things how you see them. Don’t allow anger to poison the purity of the message you are trying to convey. All of this is to encourage a sense of unity, and to avoid creating an ‘Us vs Them’ mentality (with the people who you don’t have to create this atmosphere with). Appeal to the better character of these individuals, and this is where you may find the most success.

That’s all from me folks.