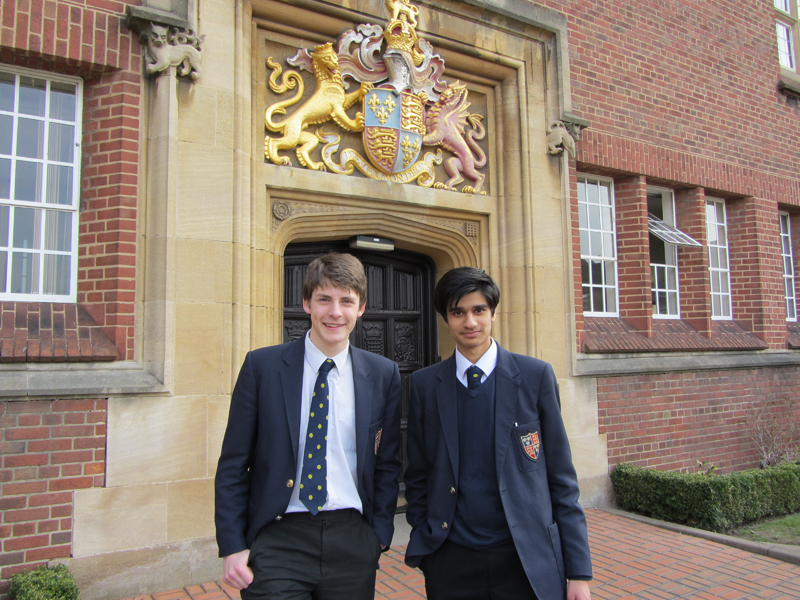 Vishal Patil and Andrew Macarthur, Year 13 pupils, scored a perfect score in the challenge and were just beaten on time by the winning team.

The National Cipher Challenge is a code-breaking competition run by the University of Southampton and sponsored by companies including GCHQ, IBM and Netcraft. Hundreds of school teams from across the UK take part every year to decipher a series of codes, which become increasingly more difficult as the competition goes on.

Vishal and Andrew will attend a prize-giving event at Bletchley Park on Friday 30th March. The team will enjoy lunch, mathematical lectures, a guided tour of Bletchley Park Museum and collect their £800 prize.

Gwyneth Gardiner, Maths Teacher, said: “I am very proud of the boys’ achievements in this competition. They have fantastic mathematical ability, and it is an exciting competition to take part in. I’m sure there’ll be plenty more achievements ahead of them both.”