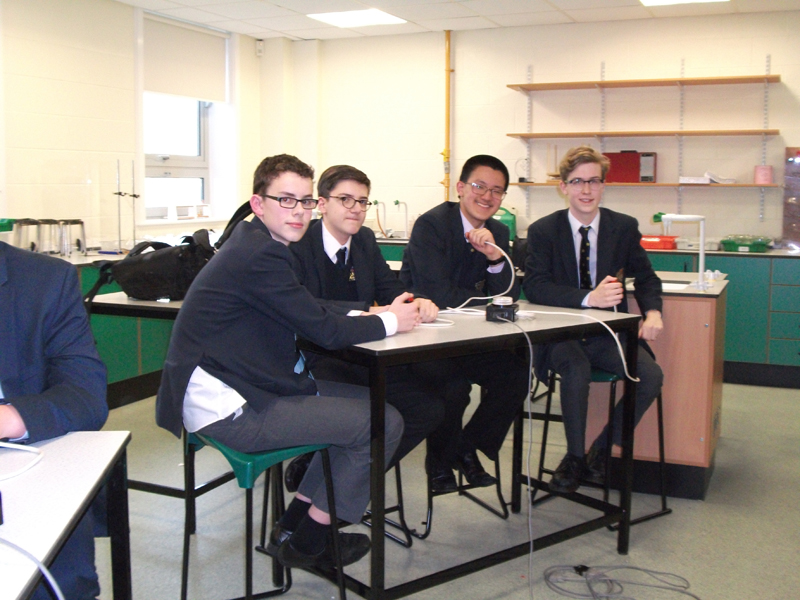 King Edward’s School is through to the National Final of the Schools’ Challenge Competition after a significant win against Leicester Grammar School.

Schools’ Challenge is a national general knowledge competition which tests pupils’ quick-thinking and determination, in a similar format to University Challenge. King Edward’s School faced Leicester Grammar School in the Inter-Regional stage of the tournament on Wednesday, 25 March 2015.

After an even start, King Edward’s stormed ahead in this 30-minute match to win with an impressive score of 1050-440. The triumphant team comprised Year 10 pupils Alex Jarvis and Howard Kordan, and Yanbo Yin (c) and Patrick Wernham in Year 13.

King Edward’s School’s winning team will now go on to play in the National Final next term.