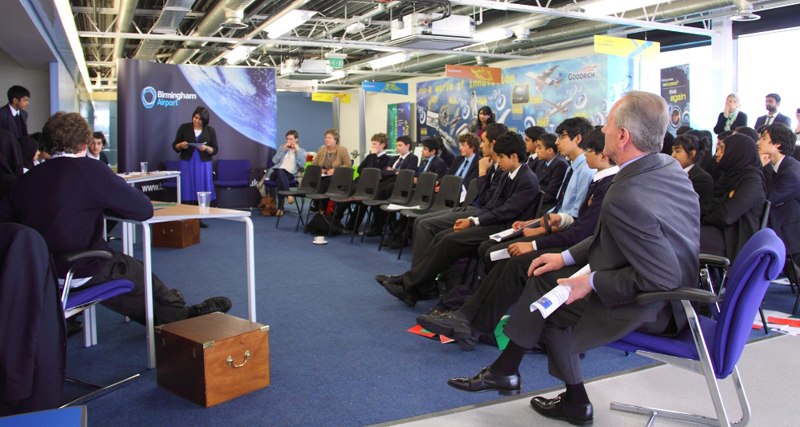 20 pupils from both schools debated the motions: ‘This House would go ahead with construction of HS2 Rail’, and ‘This House would build Boris’ Island’. MPs Gisela Stuart and Shabana Mahmood were part of the 50 strong audience, and Shabana gave all the debaters advice at the end of each session. Shabana provided another link between the two schools as she was educated at Small Heath, and her brother at King Edward’s.

As part of King Edward’s School’s Outreach activities, boys from the school’s Debating Society have been coaching pupils from Small Heath School in how to present an argument, public speaking skills and building confidence.

Patrick Wernham, a Year 10 pupil and member of the King Edward’s Debating Society, said: “Explaining debating to someone who hasn’t learnt it before has given me the opportunity to spread my enthusiasm to others. It’s been a really good experience, and I’ve enjoyed watching the Small Heath pupils progress from the early stages into really good speakers.”

The debate is one of a number of initiatives that King Edward’s School is involved in with a wide range of junior and secondary schools.