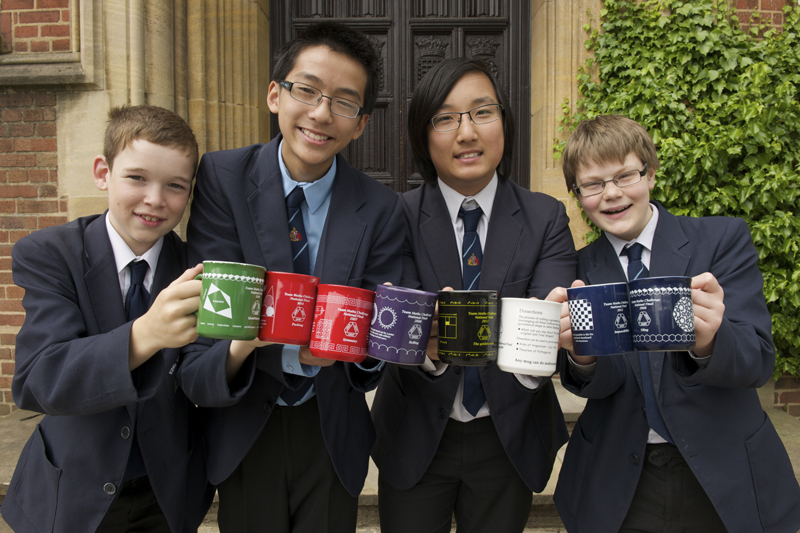 A team of four boys from King Edward’s School, Birmingham has been placed second in the country out of 1,600 schools that competed in the Junior Team Maths Challenge.

This is the seventh year in a row in which a team from King Edward’s School has reached the National Finals, achieving 2nd place in both this and last year’s competitions.

Year 8 pupils, Dougie Dolleymore and Aloysius Lip, and Si-Woo Kim and Toby Jowitt in Year 9, made up the 2013 team, which was narrowly beaten to 1st place by City of London School.

Gwyneth Gardiner, Maths Teacher and coach of the team, said: “To reach the National Finals seven years running is a fantastic accomplishment. The boys have worked very hard throughout this competition and should feel very proud of their achievements.”

John Claughton, the Chief Master, said: “These boys love the challenge of this event and they prepare with great energy and enthusiasm under Mrs Gardiner’s inspirational guidance. The school has a great mathematical tradition, including a winner of the Fields Medal, and many boys go from here to study Maths at the highest level. I know that in a few years’ time these boys will be adding to that tradition.”

The Junior Team Maths Challenge is a national competition organised by the UK Mathematics Trust where 1,600 school teams from across the UK compete in a number of maths challenges against the clock. Only 80 teams go through to the National Finals, which were held this year at the Royal Horticultural Halls in London on Monday, 17 June 2013.

All teams who go through to the National Finals receive a commemorative mug. The school has quite a collection of these mugs from the last few years, with which this year’s team are pictured.