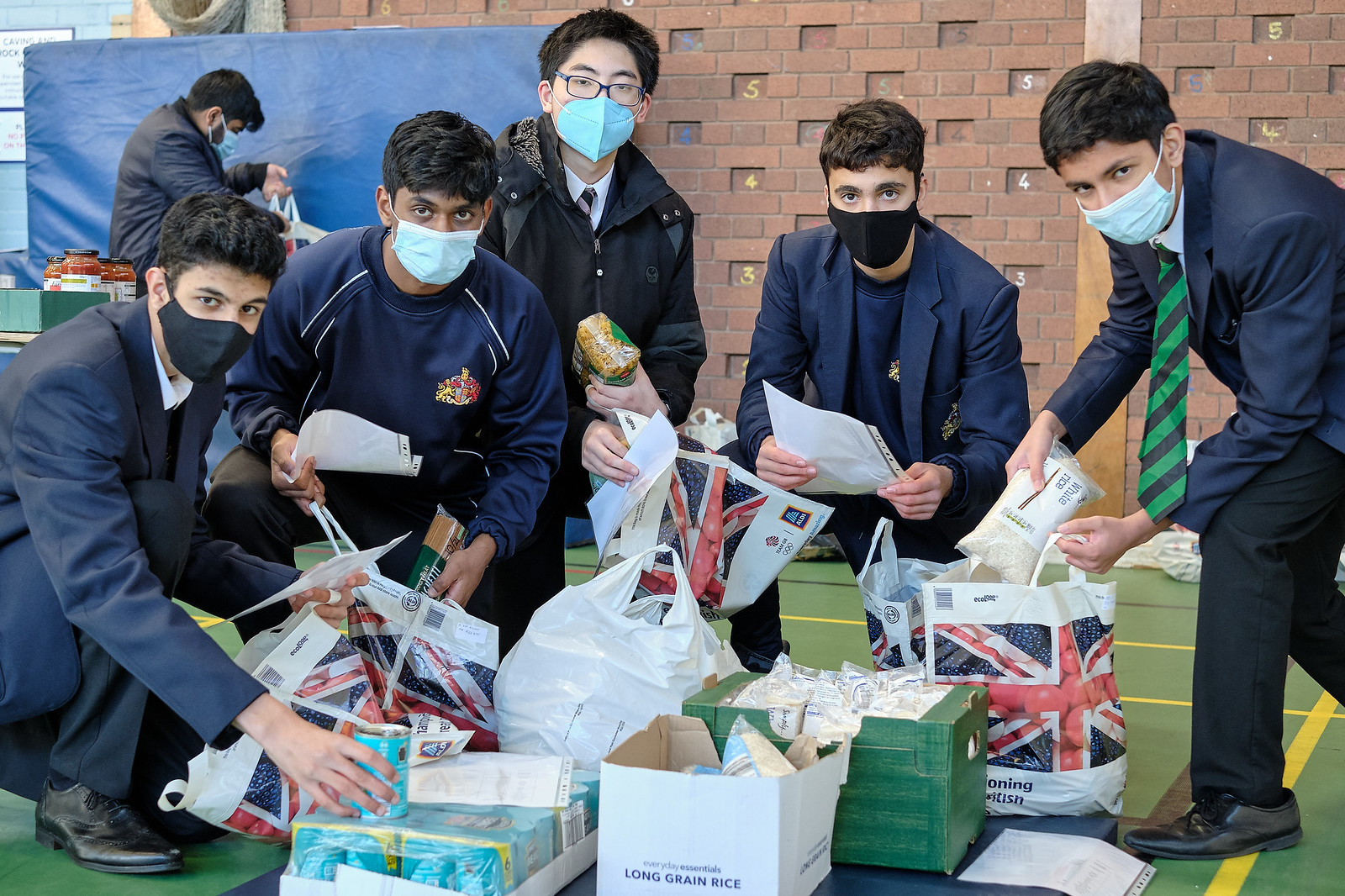 Students at King Edward’s School have stepped up to take on the running of a food bank for the Selly Oak area.

Originally started by students at the University of Birmingham, the Selly Oak Covid-19 Response food bank had been supporting dozens of families in south Birmingham since the first lockdown. In September, funds were running low and the university students no longer had an operational base, and so a group of 12 Sixth Form students at King Edward’s took the project on.

Since the beginning of October, students at the school have supplied those in need with over 200 parcels and are supporting up to 40 families per week. Items are donated by pupils, parents and staff at the school, and a JustGiving page raises funds to buy additional supplies. The students then spend Friday afternoons packing the food parcels before giving them to volunteer drivers who drop them off at the relevant addresses.

Year 12 pupil Joshua Bobin, who had volunteered for the food bank for several months and was instrumental in bringing it to the school, said: “I was keen to do my bit for the local community and began volunteering for the food bank in April. When it became clear that the food bank couldn’t continue at the university, I asked Mrs Duncombe whether we could take on the running of it and was overjoyed when permission was given.

“The UK has been hit especially hard during the second lockdown – unemployment is ever rising, and people are struggling to provide for themselves. Parents are having to choose between feeding their children and keeping the heating going, between warmth and food, between hunger and hypothermia. No one should have to make these decisions. We hope to be able to support the local community for as long as the crisis persists.”

Mrs Duncombe, Head of Learning Support at King Edward’s School, said: “Many of our boys have been supporting the community in a wide variety of ways since the pandemic began. When Joshua asked whether it would be possible to move the operations of the Selly Oak food bank to King Edward’s, we were delighted to be able to support the initiative. Having opened a new sports centre last year, our old sports hall is not currently in use and it has made an ideal base for the food bank.

“Since October the food bank has gone from strength to strength and the boys are doing a truly amazing job. They are even working on some special festive food parcels, which will be delivered to families just before Christmas. We are incredibly grateful to all those who have donated to the food bank and have helped with delivering food parcels, and are pleased to be able to provide some support to our local community in these most challenging times.”

To donate to the food bank, visit the JustGiving page.