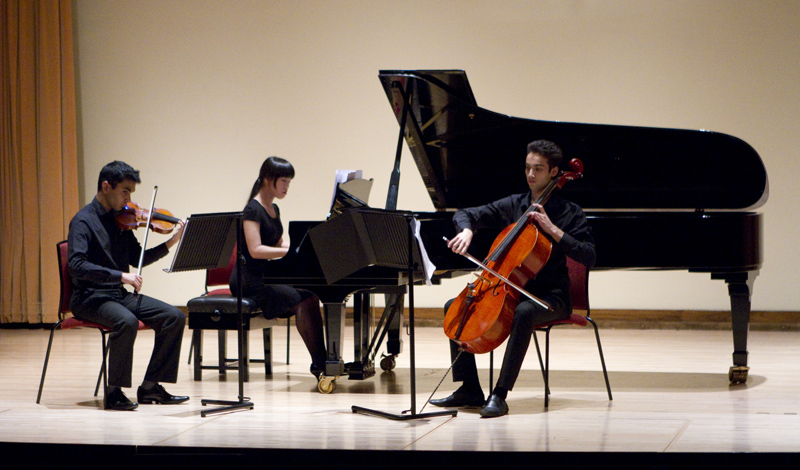 Each year pupils from King Edward’s School and King Edward VI High School for Girls are invited to give a lunchtime recital at the Barber Institute.

12-year-old Lauren Zhang opened the recital, which took place on Friday, 14 November 2014, with a masterful performance of Piano Sonata No.1 in C major op.24 by Weber. This was then followed by an equally impressive performance of Ravel’s Gaspard de la nuit.

The finale of the concert was Faure’s Piano Trio in D minor op.120 featuring Arpan Sharma on violin, Oliver Bealby-Wright on cello and Adelaide Yue on piano. This incredibly accomplished performance brought this wonderful concert to a close and tremendous applause.