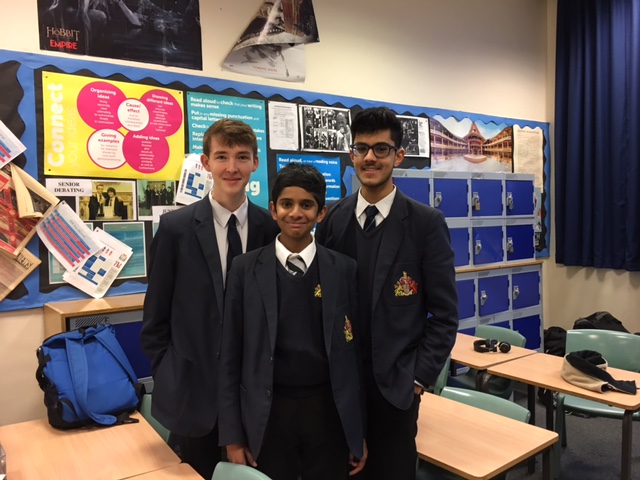 A team of three boys from King Edward’s School has won the Birmingham Cup and is through to the Regional Final of the ESU-Churchill National Public Speaking Competition 2017.

Fiona Atay, coach of the team, said: “I am so proud of these boys who performed tremendously well on the night. It was a rewarding and enjoyable experience for everyone and we are now looking forward to competing in the Regional Finals.”

The Competition, which is the largest of its kind in the UK, helps pupils develop their speaking and presentation skills by encouraging them to engage with wide-ranging issues. The team will compete in the Regional Final at Worcester Guildhall on Saturday 4 March, with the hope of progressing to the National Final in April 2017.