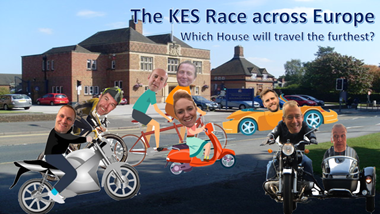 The clans will strive and gory writhe

Upon the field to-day

So said JRR Tolkien in this poem recalling the passion and pride KES students displayed when participating in House competition in his first known published poem in 1911. Though the battlefield may have changed from the Eastern Field to the pavements, parks and roads of Edgbaston, Harborne, Selly Oak and beyond; the competitive spirit amongst KES students remains unchanged. In the enforced absence of summer House competition, students were asked to walk, run or cycle as far as possible over the course of a week to contribute to their Houses’ journey across Europe. Simply put, the House that could accrue the most miles, thereby travelling the furthest collectively, would be crowned the winners of the first ever KES Race Across Europe.

Mr Johnson: “The enforced school closure meant we unfortunately missed out on all the sporting and House competitions of the summer term and I think we were all feeling this loss! The House Race Across Europe was a wonderful opportunity to reconnect with school life and engage in an activity that involved the whole community. On top of this, the physical element of the competition provided each entrant with the chance to participate in some daily exercise, relieve stress, relax away from their studies and get out and about and meet people. I was really pleased that a number of boys (and staff!) responded so enthusiastically and maybe this is an event that we could repeat in the future.”

Over 220 students participated, clocking up some impressive miles, with some students on the move for each of the five days of competition. In the Shells Heath answered Mr Fair’s call and travelled the farthest, whilst it was Vardy who put in the hardest yards in the Removes. Cary Gilson were victorious in both the Upper Middles and the Fifths, but unfortunately this was not enough to triumph overall. Evans were the most impressive House in the Fourths, whilst the Gifford Seniors showed the most commitment amongst our longest serving members in the House system. 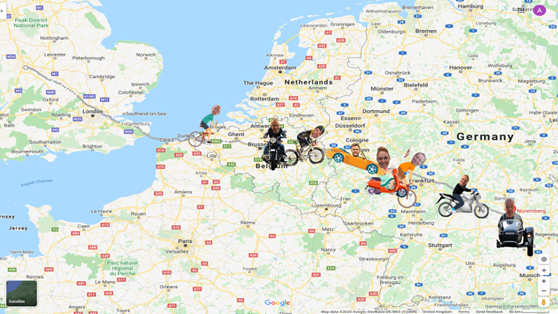 Despite not winning any of the year group competitions it was ultimately Levett who finished a long way ahead of the chasing pack. A consistent effort from the whole house ensured that Mr Roll’s team stayed at the front from Day two until the end of the competition, finishing up in Nuremburg.

A word from the victorious Housemaster…

“Thank you to Mr Johnson for organising and setting the Houses free in the Race Across Europe! It was great to see the commitment of so many boys, often for a good number of days. In the end it was rewarding to wear the ‘yellow jersey’, but as ever, it was even better to see the boys out there supporting their Houses.” 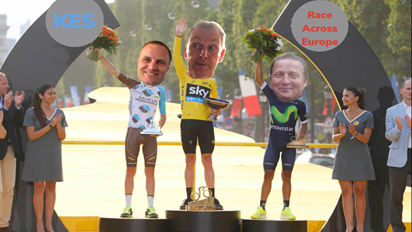 The final standings can be seen below…