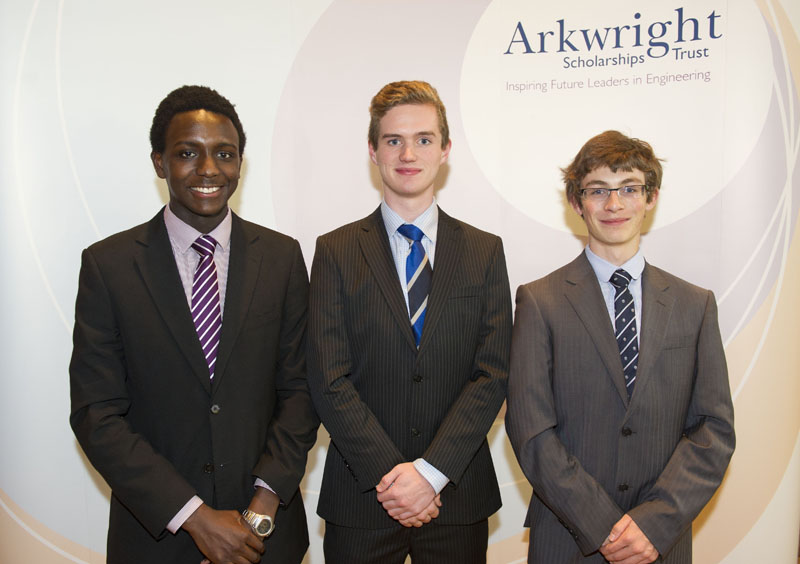 A pupil from King Edward’s School who gained top marks in the International Baccalaureate Diploma has added to his success an engineering scholarship worth £12,000.

Jimi Oluwole (pictured left) scored 45 points in the IB Diploma, the maximum score possible achieved by only 109 students worldwide out of 119,000, and has now been awarded an Arkwright Undergraduate Scholarship.

The Scholarship will support Jimi while he studies Engineering at Selwyn College, University of Cambridge, and provide £12,000 towards his course costs over the duration of his degree.

Jimi is one of seven students nationally to be awarded an Arkwright Undergraduate Scholarship, for which he was interviewed by Arkwright’s National Director and two representatives from the engineering industry.

On hearing the news of his scholarship, Jimi said: “I’m incredibly lucky and I’ve certainly had a very good year! After gaining 45 points in the IB and securing a place at Cambridge, this really is the icing on the cake. I’m so thankful to the teachers and Chief Master at King Edward\’s for the incredible amount of support they have given me.”

John Claughton, Chief Master of King Edward\’s School, said: “I am very pleased for Jimi. He is a remarkable character, full of talent and energy and this national success is richly deserved. I can tell you that no boy has worked harder for his success.

“It also further substantiates the school’s decision to move to the IB Diploma, believing it to provide a more challenging, rigorous and broad education. Not only have a very large proportion of our boys been accepted by the best universities for the most demanding subjects, but achieving scholarships such as this will really set the boys up well for the demands of university and the diversity of the world beyond.”

Jimi will be formally presented with his scholarship at an award ceremony in London on Friday, 26 October 2012. Six Year 12 boys from King Edward’s will also be presented with Arkwright Engineering Scholarships, which provide a financial award of £1,000 and access to mentoring and enrichment activities during their Sixth Form studies. The school is the most successful in the country in winning Arkwright Scholarships.