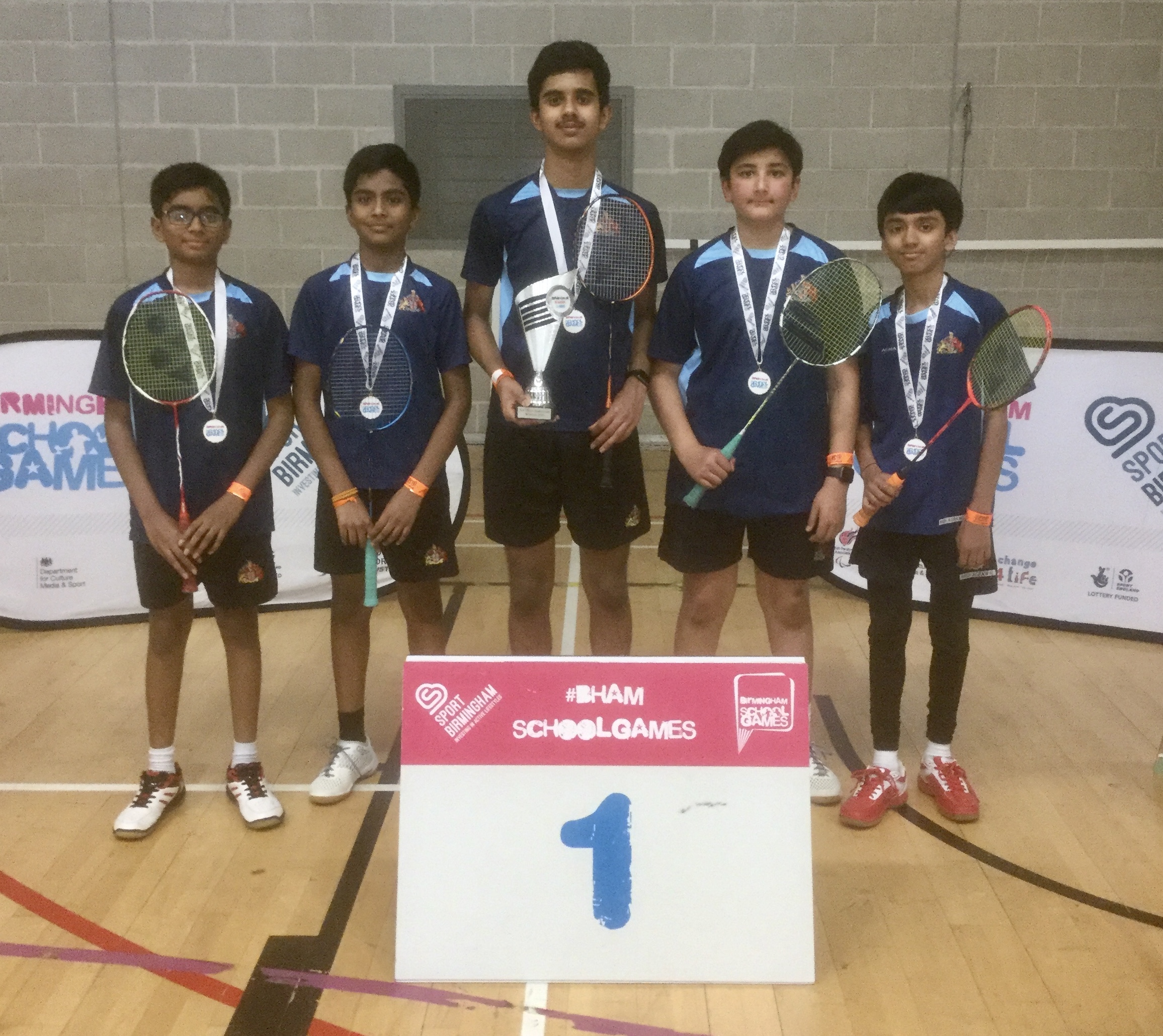 The U14 badminton team have become the Birmingham Schools U14 Champions after triumphing in the finals.

The competition, which took place on Thursday, 6 February 2020 at The Doug Ellis Sports Centre, is the most keenly contested competition since its inception and saw 12 schools make it to the final stage.

KES completed their pool, without dropping a single game, beating: Bishop Vesey’s Grammar School, King’s Norton, Shenley, Arch Bishop Isley and St Albans, before progressing through to the semi-finals where they met Saltley: the runners-up of the other pool. KES cruised through this match meeting King Edward’s Handsworth in the final.

Congratulations to the team, comprising: Girith, Shrikishan, Abdur-Rahman, Nimalan and Ansh (pictured) who will now go on to represent Birmingham in the Midlands Regional Finals in March.