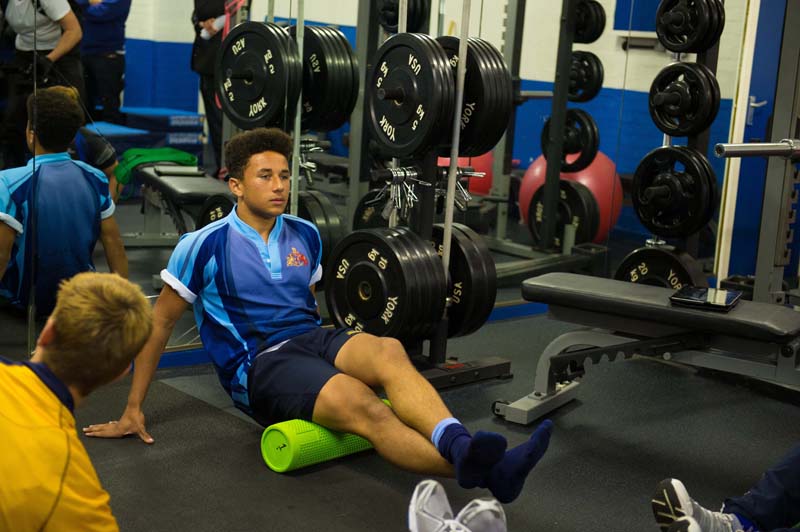 Worcester Warriors launched the first of six Junior Academy Centres at King Edward’s School on Thursday, 18 September as the club looks to unearth the next generation of first-team stars.

The centre was officially opened at King Edward’s School, Birmingham – a location which will allow Warriors to develop the best young players in the region as they look to build a career in the game.

The launch coincided with the first session for youngsters at the centre, where Warriors staff discussed the importance of off-the-field preparation and guided players through individual training programmes.

Warriors will be launching further centres at Warwick School, Broadstreet Rugby Club, Telford College of Arts and Technology, Hereford Cathedral School and Luctonians Rugby Club this autumn. There is also a centre at Warriors’ Sixways Stadium.

The introduction of these Academy Centres means that young rugby players from across the West Midlands will now be provided with a clear and structured pathway to professional rugby.

The most talented youngsters from across the region will work closely with Warriors’ experienced coaches and will be provided with strength and conditioning, nutritional, medical and game support as they look to realise their rugby potential.

Warriors’ Director of Rugby, Dean Ryan, said: “We have been preparing for the launch of these centres for many months and are now in a position to offer players across the region with the necessary level of support they need to progress and flourish.

“We recognised from the very start that these centres will be a key component of our long-term plan to ensure our first-team is provided with a regular flow of young players looking to be successful in the game.

“Talented young players now have a club willing to invest in them so it is an exciting time for rugby across the region.”

John Claughton, Chief Master of King Edward’s School, said: “King Edward’s School has a deep commitment to rugby and sport in general and we are delighted to work with Worcester Warriors in their ambition to offer greater opportunity to boys in this area. Warriors’ plans are designed so that these young players can pursue both their rugby ambitions and their academic goals and we are strongly in favour of this approach.”

Warriors’ Acting Chief Executive Anthony Glossop said: “We see these Academy Centres as a ground-breaking initiative which will benefit young players and their communities, Midlands rugby and this club for many years to come.

“We are prepared to push our club and our coaches out across the region and we believe that will revolutionise rugby in this area.”