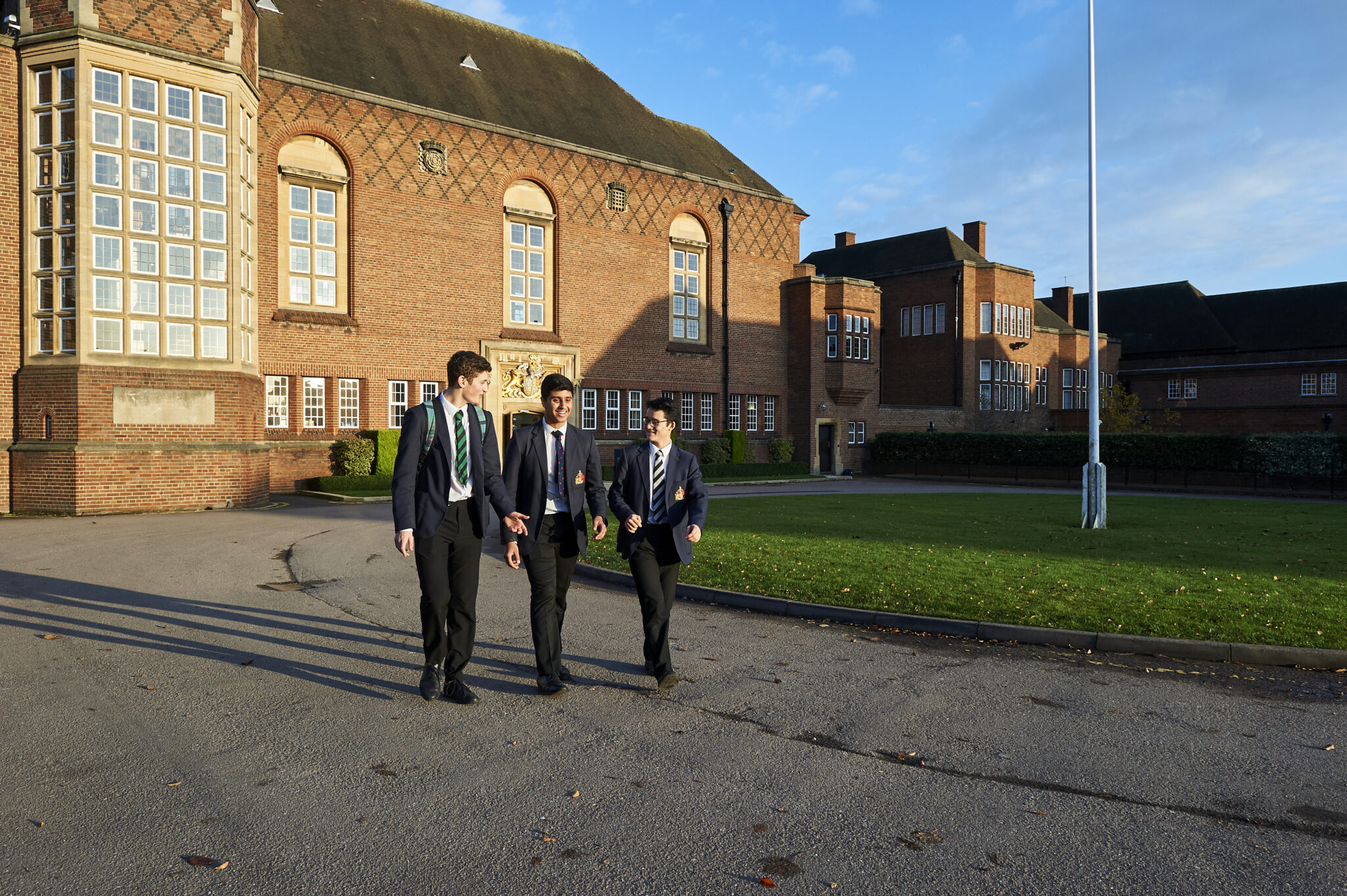 The Sunday Times published the winners of its School of the Decade awards on Sunday 29 November. King Edward’s School took the top spot in the West Midlands in recognition of its commitment to accessibility through fundraising for bursaries and delivery of outreach activities, and its outstanding academic performance in the International Baccalaureate (IB) Diploma.

Since 2009, the school has raised over £13m from 1,850 alumni, parents and other supporters for the Assisted Places Fund. To date 122 boys have been supported by these donations and over £1.5m is allocated to the provision of Assisted Places each year. Alumni have also been central to the development of the school campus, donating over £10m to capital projects in recent years, including an £11m performing arts centre, a £5m science and modern languages facility, a £5m sports centre and a £2.5m hockey pavilion and astro pitch.

The school’s outreach programme has grown from working with a dozen schools at the beginning of the decade to over 200 today, engaging with over 13,000 children within the local community each year at its peak. In recognition of the programme’s success, the school won the Times Educational Supplement ‘Best independent-maintained school collaboration’ in 2015.

Dr Katy Ricks, Chief Master of King Edward’s School, said: “I am delighted that King Edward’s has won this most prestigious award. It is testament to the endeavour of the entire school community, past and present, that the school has achieved everything it has over the last decade.

“It was a great privilege to take on the role of Chief Master in 2019 and to be leading King Edward’s into the next decade as we seek to consolidate the success of this distinguished school for future generations. There is perhaps no more important time to be investing in our young people, preparing them for the challenges that they will face.

“At King Edward’s, we are committed to providing an education that inspires our diverse and talented student body to take on these challenges with confidence and vision, and to make a lasting contribution to the world around them. As has been the case for the last 460 years, the young men we educate here will continue to do great things for this city, this country and the world.”

Alastair McCall, editor of Parent Power, said: “KES stands head and shoulders above all other independent schools in the West Midlands when considering its achievements over the past decade. Our award of West Midlands Independent Secondary School of the Decade recognises the consistent academic excellence demonstrated by the boys of KES, who have shown an appetite for knowledge and endeavour fostered by the school’s commitment to the International Baccalaureate. That the school has achieved so much is remarkable given the switch to exclusively IB in the sixth form only came at the start of the decade, in the course of which KES has established itself as one of the leading IB schools in the world.

“Top of regional academic rankings more often than not, examination success tells only part of the story. The school is a champion of social justice with more than £13m raised for bursaries in the past 10 years and one in five boys admitted at 11 getting an assisted place. An extensive outreach programme working with up to 200 schools ensures the excellence of KES reaches the widest possible audience.”

Looking forward, the school has great ambitions to increase its accessibility further. The focus for its fundraising efforts is to build on its existing endowment of £7.5m to secure the provision of Assisted Places in perpetuity. A free online learning platform is being developed to ensure that all primary school pupils, teachers and parents have information regarding the education choices available to them. The platform will provide access to tutorials, practice questions and quizzes designed to help raise aspirations, transform the lives of young people and encourage a love of learning.

There are also plans in place to further strengthen the intellectual life of the school. The IB Diploma is firmly embedded in the school’s Sixth Form and elements of it will be incorporated in the curriculum lower down the school. This development of the curriculum will instil the rigour and breadth of the IB in the younger years, building on the outstanding education King Edward’s has provided for centuries.