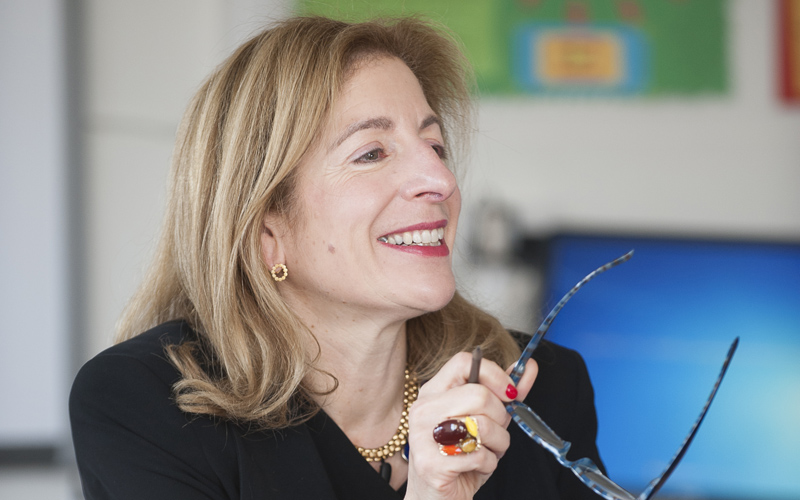 Dr Ricks, who has been the Head of Sevenoaks School since 2002, will succeed Acting Chief Master Keith Phillips in the 2019-20 academic year to become the 33rd headteacher of the all-boys school and the first female Chief Master in its 466-year history.

Sevenoaks School, an independent co-educational day and boarding school in Kent, is one of the world’s leading International Baccalaureate schools and the current Sunday Times ‘Independent School of the Year’. During her 16 years at the school, Dr Ricks has also helped to grow its influence in the local community through the sponsorship of Knole Academy and the creation of Kent Academies Network.

Educated at Camden School for Girls, Dr Ricks is a graduate of Balliol College, Oxford with First Class Honours in English. Prior to Sevenoaks, Dr Ricks worked in several leading independent schools, including Latymer Upper School, Highgate School and King Edward’s, where she spent three years teaching English in the early part of her career.

Tim Clarke, Chairman of the Governors of King Edward’s School, said: “This is a very exciting appointment for King Edward’s School. Katy Ricks will bring a wealth of intellectual rigour, leadership ability, energy and enthusiasm to the role of Chief Master. Her track record of success at Sevenoaks School – not just in terms of academic and co-curricular excellence, but also in fundraising and building partnerships – speaks for itself.”

On her appointment, Dr Katy Ricks said: “The three years I spent as an English teacher at King Edward’s School remain memorable and were formative in my leadership today. The school’s ethos – scholarly, clever, witty, hard-working, creative – has always stayed with me. The success of King Edward’s School is critical to the fulfilment of the Foundation’s broader mission: to provide the highest possible quality of education for the children of this great city.

“It is a great privilege to be appointed as Chief Master of King Edward’s School and I look forward to becoming part of this very special community.”

King Edward’s School has an outstanding academic reputation with up to 90% of GCSE entries being graded A*/A (9-7) each year. In the sixth form, all boys study the International Baccalaureate Diploma, of which on average half score 40 points or above, equivalent to four A*s at A-level, and around 20 from each cohort go on to Oxford or Cambridge universities.