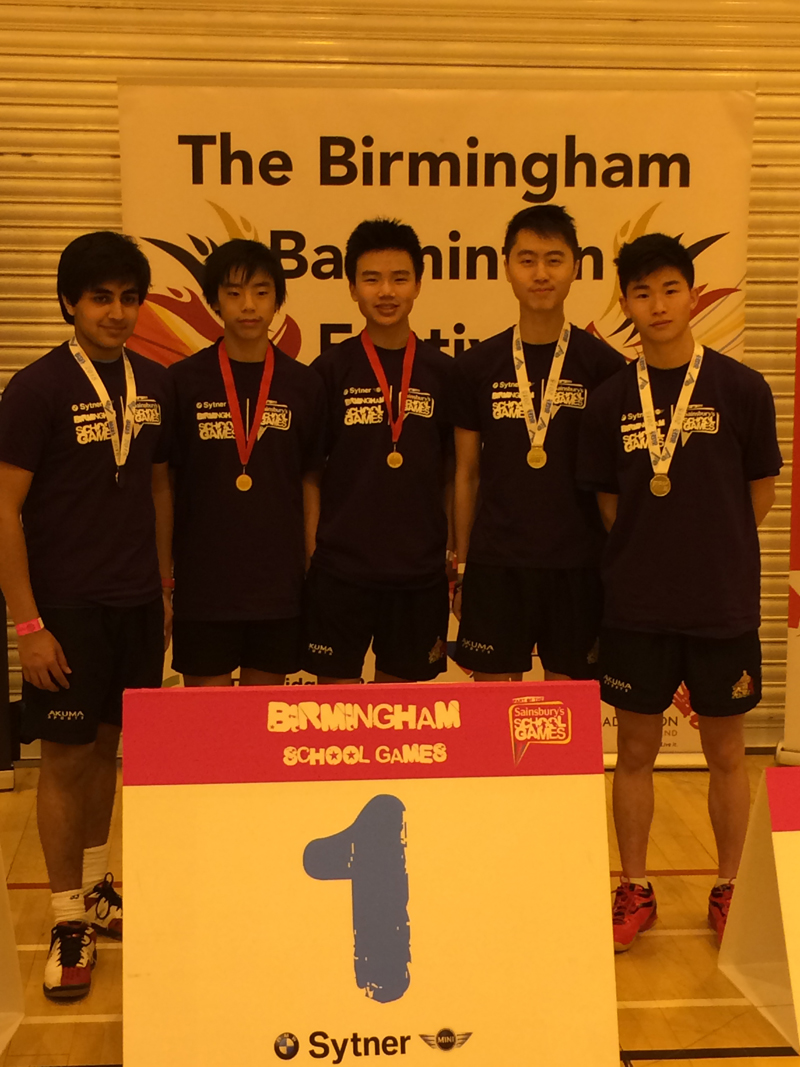 The U14 and U16 badminton teams have qualified for the regional stage of the Center Parcs National Schools Badminton Championships.

On Thursday, 5 February 2015, both teams played at the Birmingham School Games and won all five of their matches with perfect scores. Their impressive victories mean they will now play in the National Championships next month.

The U14 team comprised Rohan Thawait in Year 8, and Yifei Chen, Hasan Rahman, Ibraheem Malik and Mingke Peng in Year 9. The U16 team comprised Joshlee Bong in Year 10, and Simran Dhanda, Gabriel Yoong, Justin Hsu and Jordan Chan in Year 11. 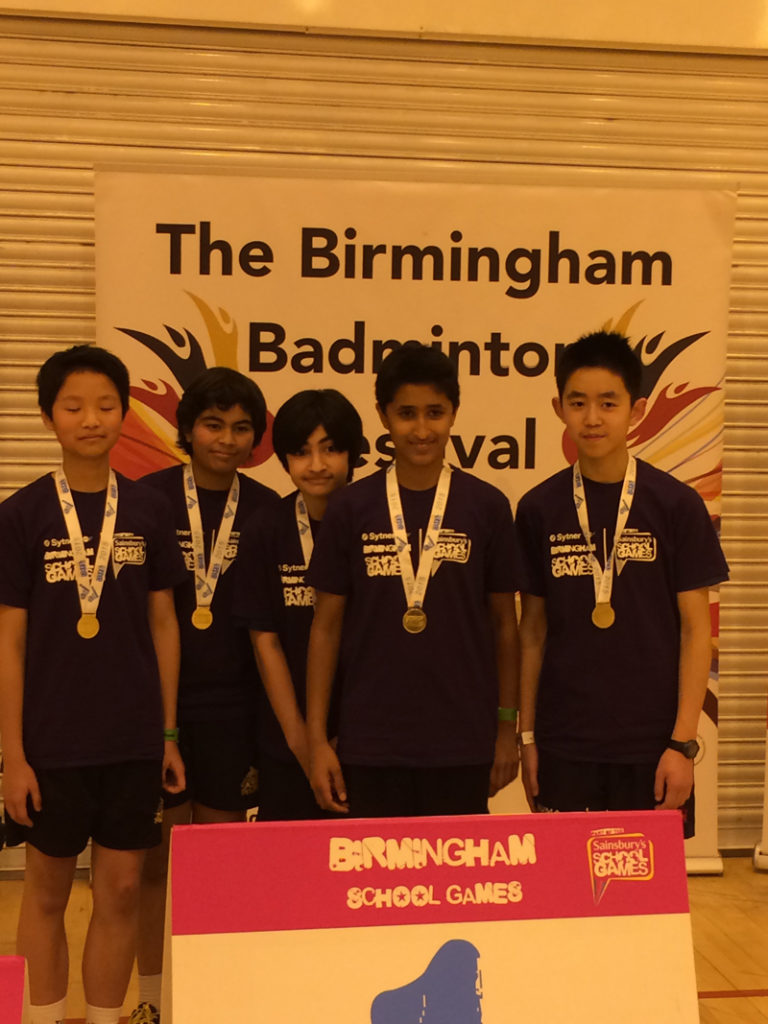