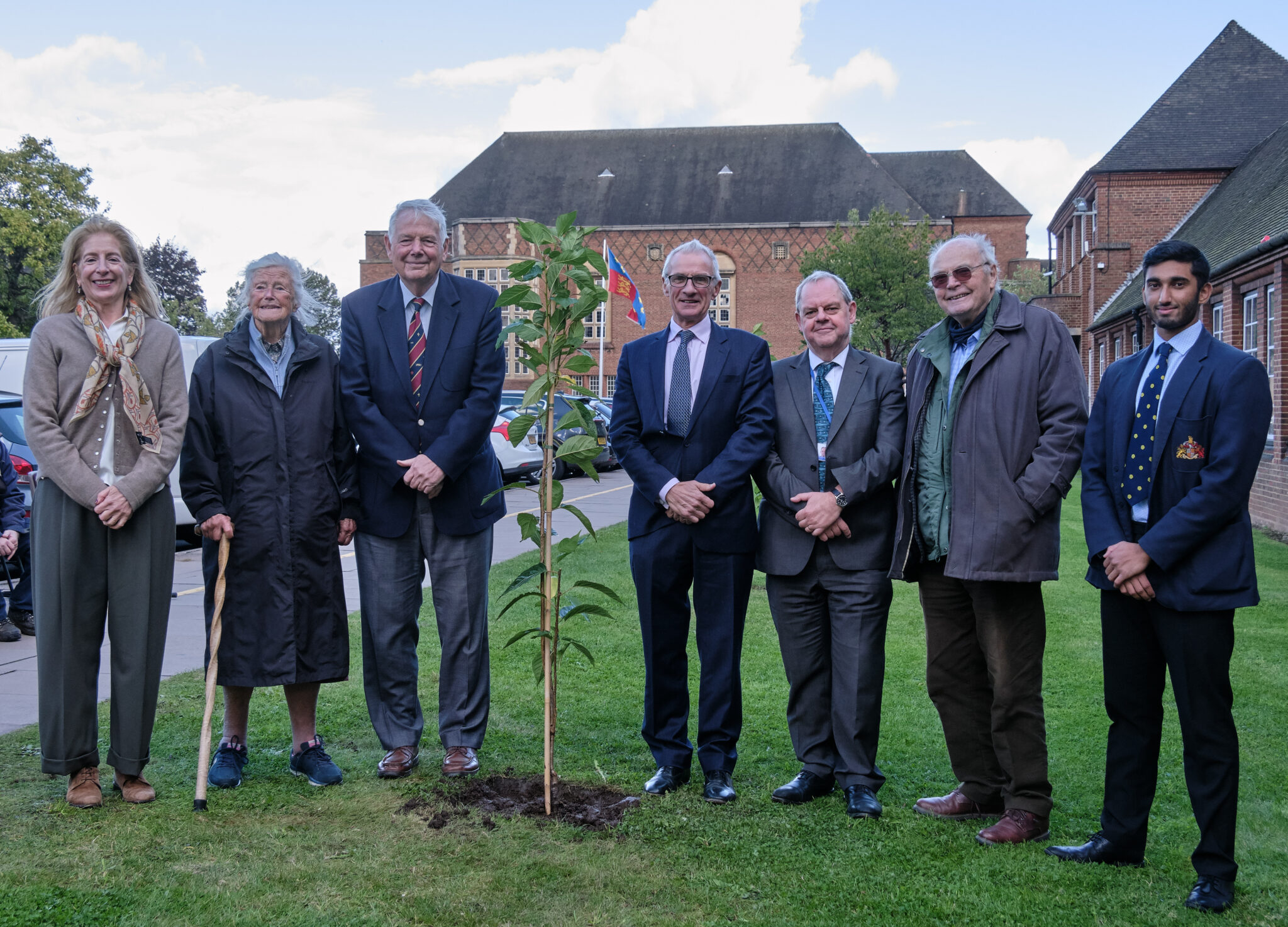 Former Chief Masters of King Edward’s School gathered to mark the planting of 10 new cherry trees along the driveway on Tuesday, 5 October 2021.

The trees will return the drive to blossom every spring, replacing a number of cherry trees that have been lost over the years. Their location is being recorded as part of the Queen’s Green Canopy tree-planting initiative created for Her Majesty’s Platinum Jubilee in 2022.

Dr Katy Ricks said: “As we celebrated the renewal of our site, we took a moment to reflect on the contribution of those who have served as Chief Master in recent decades and the life and growth of King Edward’s during this time.”

Following the ceremony, the guests enjoyed afternoon tea in the school’s Dining Hall, before former Chief Masters and their families had an opportunity to visit Vince House – the Chief Master’s residence on the school site – where they had all lived during their time at the helm.

Among the other notable trees on the King Edward’s School site is a graft from the Lincolnshire apple tree that is believed to have led to Sir Isaac Newton discovering gravity.

View the gallery of the cherry tree planting ceremony.