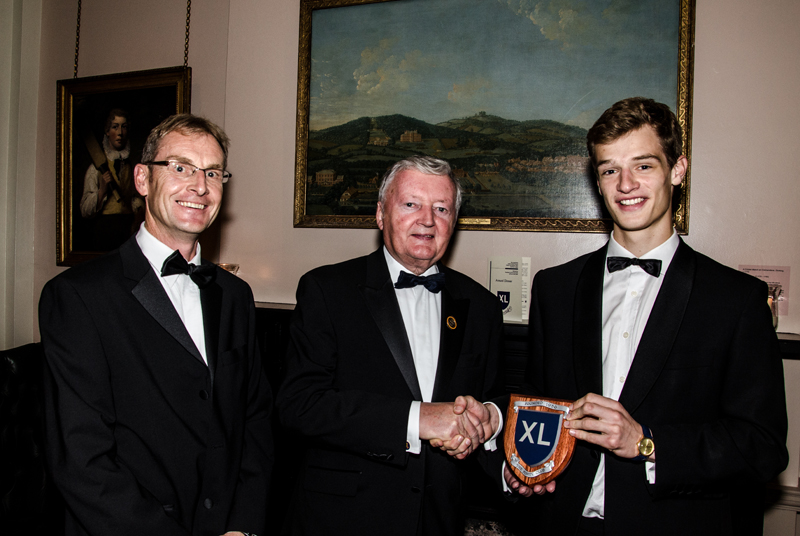 The 1st XI cricket team at King Edward’s School, Birmingham has been presented with a national award at Lord’s Cricket Ground, beating 150 other schools to the trophy.

The XL trophy was awarded to the School’s cricket team by the Forty Club at their Annual Dinner held in the Long Room at Lord’s Cricket Ground on Friday, 31 October 2014.

The Forty Club is reputed to be the largest wandering cricket Club in the world and plays against 150 schools each year, encouraging young teams to play the game to the highest standards against more experienced cricketers.

King Edward’s School was chosen to win the award for having performed best against the Club during the 2014 season. Factors taken into account included performance during the match, skills on the field and the spirit in which the game was played.

The award was presented to Tom Claughton, captain of the cricket team, by David Morgan, President of the MCC. On receiving the award, Tom said: “It was a great honour, not only to win such an award, but also to be presented with the award in the most famous place in the whole of world cricket. It was also quite scary because I had to make a speech in the Long Room to the 150 guests.”

Lawson Roll, Master in charge of cricket, said: “This award brings great credit on our boys and all those associated with KES cricket. It is awarded for the best cricketing experience by the club in the whole country. No mean feat considering their extensive fixture list contains all the finest schools in Britain. This is given for the whole experience connected with the day: from the quality of the ground, attitude of the boys, hospitality, as well as the tremendous game that came to pass.”