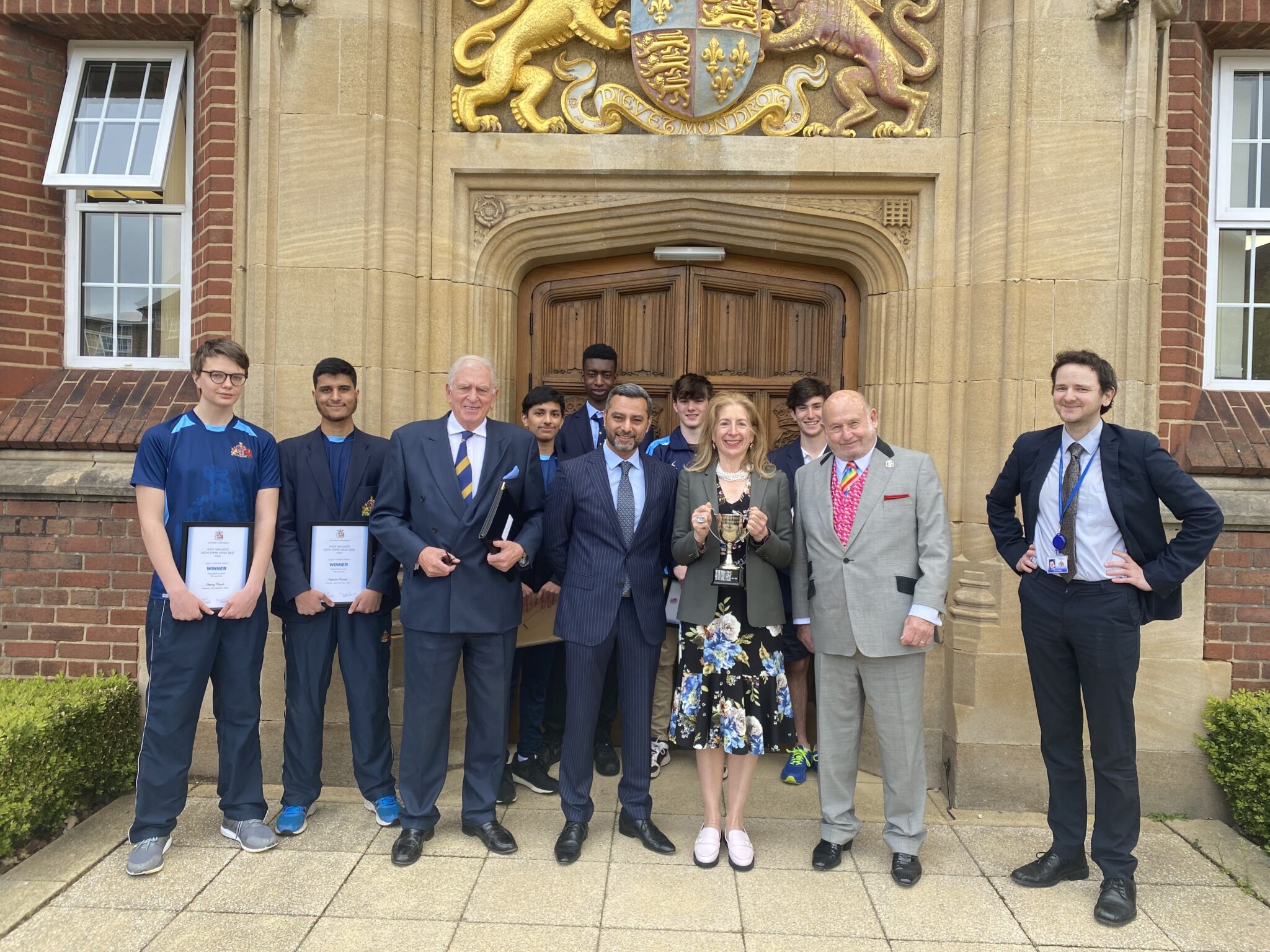 A group of Sixth Form students from King Edward’s School, Birmingham have triumphed in the Lord Mayor’s Sixth Form Mega Quiz, retaining their title from the previous year.

The annual quiz, which usually takes place in the Great Hall at the University of Birmingham, was held online for the first time in November.

On Wednesday, 12 May 2021 Martin Burton MBE, Chairman of the Lord Mayor of Birmingham’s Charity, Tim Watts, Deputy Lieutenant and Chairman of Pertemps, and Amer Khan Awan, Director at Awan Real Estate, presented the team with the winner’s trophy and each student with a £25 Amazon voucher and certificate. The school received £500 and, in recognition of the fourth win, will be awarded a replica trophy to keep indefinitely.

Joel Abbott, Teacher of Chemistry and Quiz Coach, said: “I’m incredibly proud of the boys for their success in the mega quiz. Despite it taking place online and being faced with some tough questions, the six of them worked together well as a team and remained calm under pressure to ensure they came out on top.

“The team really enjoyed getting the chance to meet a representative and sponsors from the Lord Mayor’s Charity and are very pleased with their prizes. We’re looking forward to coming back and trying again in next year’s quiz!”