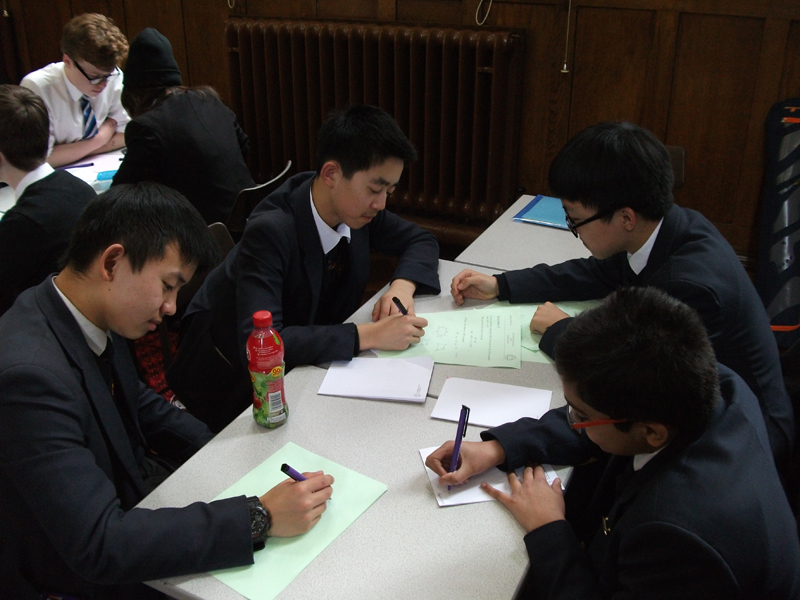 King Edward’s School is through to the National Final of the Team Maths Challenge 2015 after a triumphant performance in the regional stage of the competition.

The Team Maths Challenge is a national competition for Year 8 and Year 9 pupils which tests their mathematical knowledge through several rounds of mathematical problems and puzzles.

In the West Midlands Regional Final held at Wolverhampton Girls’ High School on Tuesday, 24 March 2015, King Edward’s beat 30 other teams with an impressive total score of 221 out of 236.

Tim Cross, Maths Teacher and coach of the team, said: “This was an amazing feat of concentration and endurance for these boys.”

The winning team of Mark Li and Aroun Kalyana in Year 8, and Anyi Wang (c) and Mingke Peng in Year 9 will compete in the National Final at the Royal Horticultural Halls in London on Monday, 22 June 2015. The team will hope to mirror the recent success of the Senior Maths Challenge team, who were crowned National champions in February 2015.