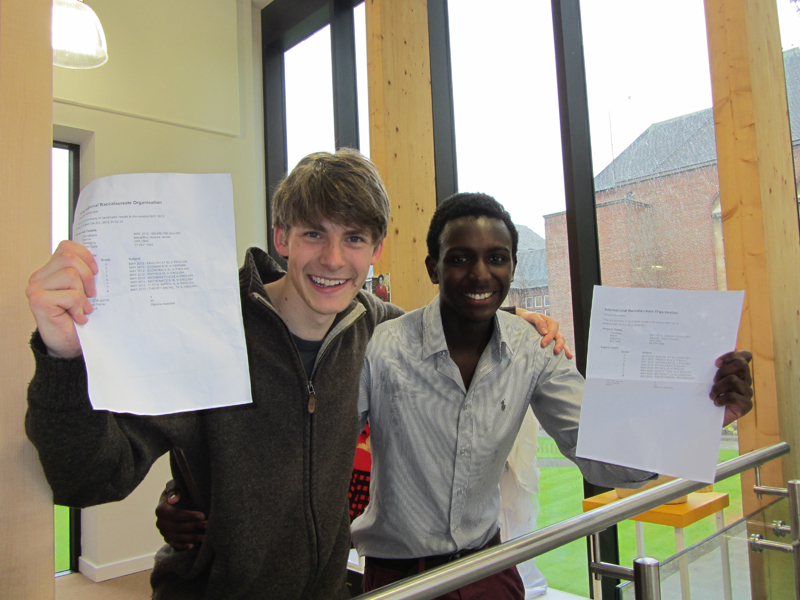 Today the boys in the school’s Sixth Form received the first set of IB Diploma results.

These results are outstanding. Out of 113 candidates three boys, Ravin Jain, Andrew Macarthur and Jimi Oluwole have scored a maximum of 45 points and there are only 109 candidates in the world to score 45 points. A further seven boys scored 44 points and, in total, 37 boys out of 113 scored more than 40 points. These figures mean that the success rate for entry to the best universities and the toughest courses will be very high. In particular, we are likely to get almost all the offers made to boys by Oxford and Cambridge and to read Medicine. The overall figures mean that the vast majority of boys have got into their first or second choice university. The average points score per pupil is 36.4 against the global average of 29.8.

John Claughton, the Chief Master, said: ‘These are truly remarkable results at the first time of asking. This has been the biggest change in curriculum at the school in a century and we are delighted that so many boys have done so well at the first attempt. This says a great deal for the talent and effort of the pupils, but also the care and professionalism of the teachers who have had to teach everything anew. The IB Diploma has great breadth, rigour and challenge and is a wonderful preparation for university and beyond. These results immediately make us one of the best IB schools in the world.’