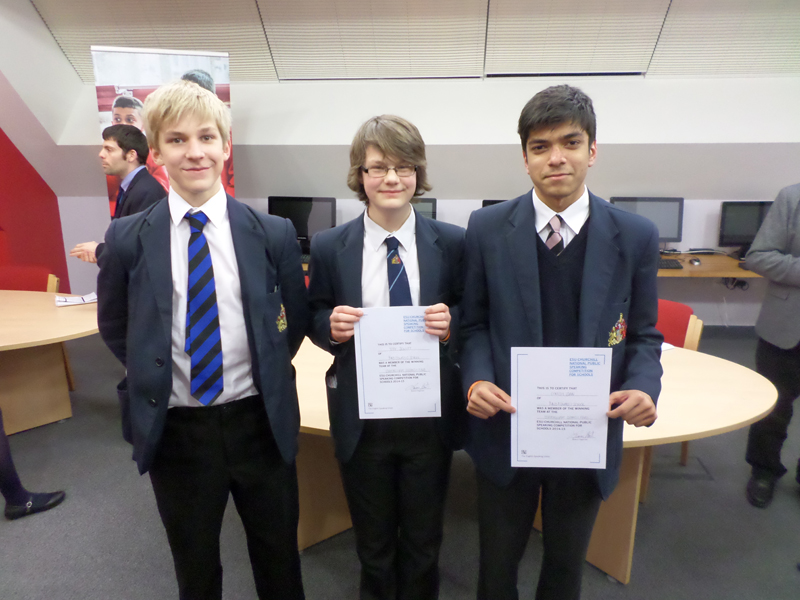 A team of three boys from King Edward’s School is through to the Regional Final of the ESU Churchill National Public Speaking Competition 2015.

The Competition allows pupils to develop their speaking and presentation skills, the ability to think on their feet and to improve their knowledge of topical issues.

The School’s winning team will play in the Regional Final next month, with the hope of reaching the National Final in April 2015.