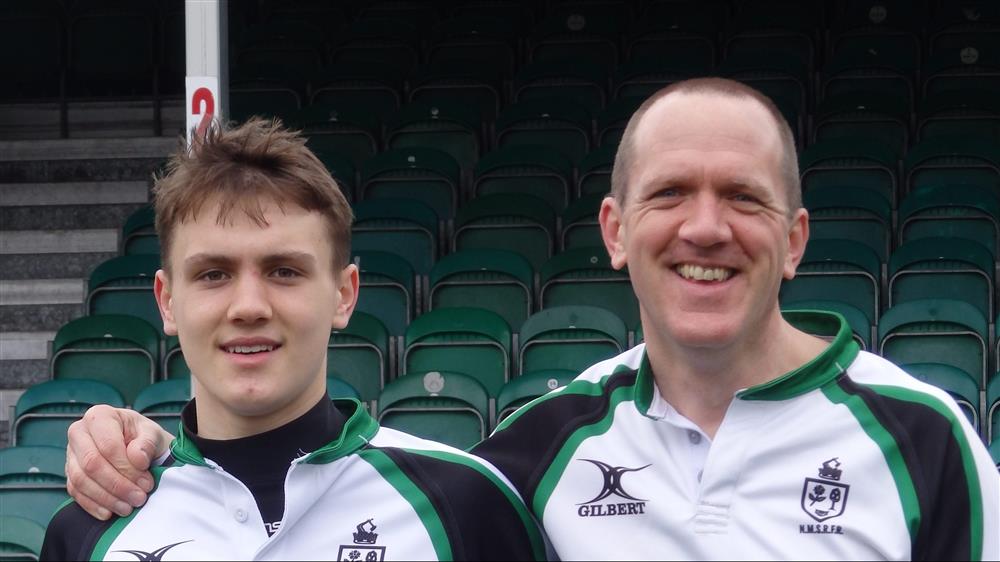 As you know already, the current situation has given rise to many charitable fundraising efforts, and we have decided to get in on the action. My dad and I are both rugby referees (and I’m a player as well), so we have decided to cycle between every rugby club in the North Midlands RFU region, which covers all of Shropshire, Herefordshire, Worcestershire and the West Midlands (in total 61 clubs). I will kick a conversion at each one, and we take a photograph in front of the club sign to prove we’ve been there! As well as keeping us fit, ready for whenever the new season starts, we are doing this in aid of two rugby charities: the RFU Injured Players Foundation, and the Matt Hampson Foundation.

The Matt Hampson Foundation was started by the former England U21 rugby player of the same name, who suffered a neck injury when a scrum collapsed, leaving him paralysed. The Foundation helps others who have suffered similar injuries through sport to recuperate and get back to living as normal a life as possible.

The RFU Injured Players Foundation gives support to any player who suffers a spinal cord or traumatic brain injury whilst playing the game. They fund research into these types of injuries, trying to find the best methods of treatment and prevention, and the Foundation also has an extensive coach and player education programme to improve player safety within the game.

So far we have already covered 83 miles visiting 14 of the 61 clubs on our list, and we are already 1/3 of the way to our target donation to each of the charities, the JustGiving links for which are: RFU IPF and Matt Hampson Foundation.