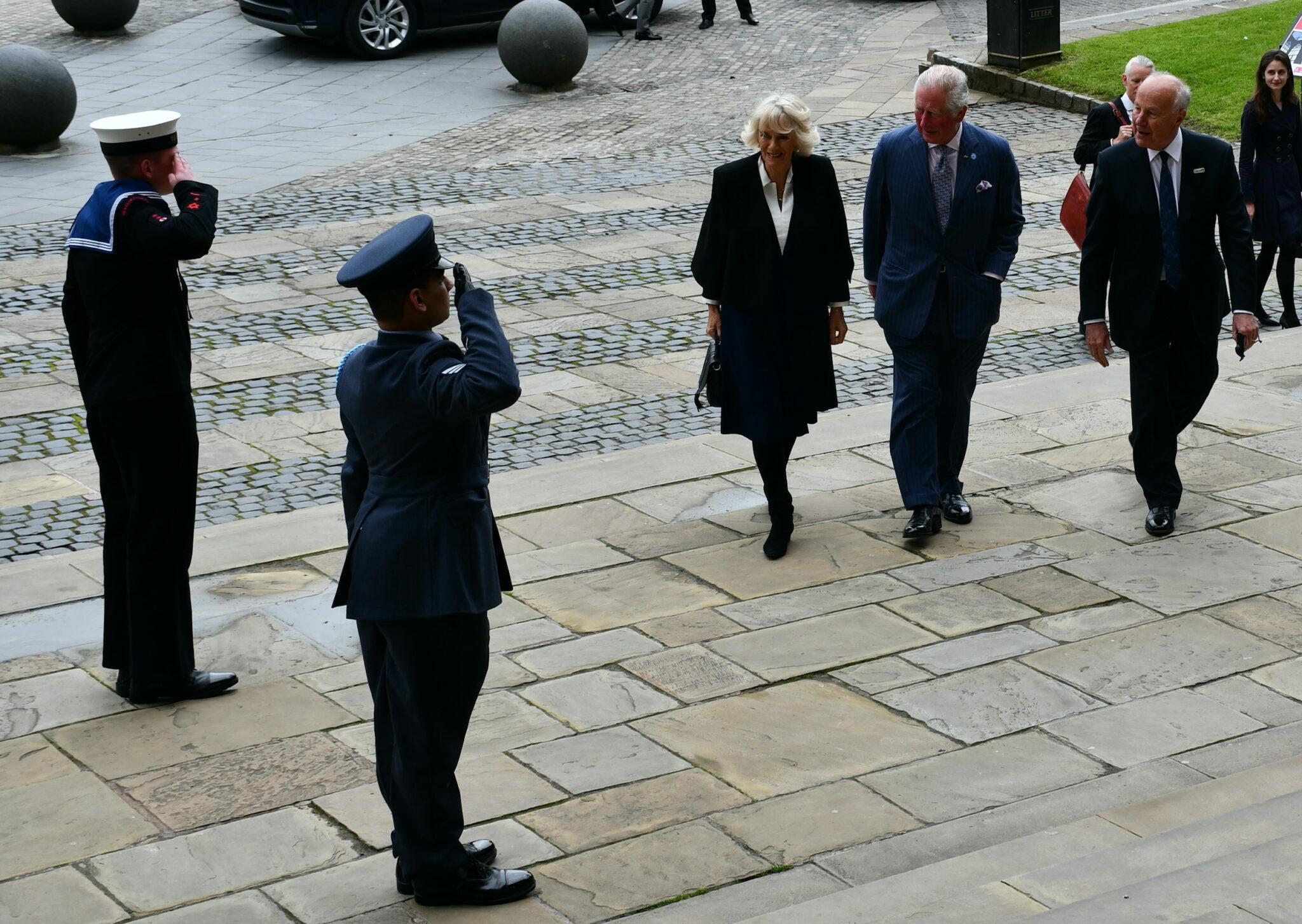 A student from King Edward’s School, Birmingham is flying high after being named Lord-Lieutenant’s Cadet for the West Midlands region.

One of the highest honours a cadet can achieve, Year 12 student Cadet Sergeant Zain Aslam was appointed to the role at a virtual investiture ceremony held in April.

Zain is one of eight cadets, drawn from across the military cadet forces and other youth organisations, to become a Lord-Lieutenant’s Cadet for the county for the forthcoming year. During this time he will assist the Lord-Lieutenant and deputies at parades and events such as Remembrance Sunday, and at Royal county visits.

On Tuesday 25 May, Zain completed his first duty, greeting HRH The Prince of Wales and The Duchess of Cornwall as part of their visit to celebrate Coventry being the UK’s City of Culture 2021.

Zain, from 2030 (Birmingham Airport) Squadron Royal Air Force Air Cadets, said: “I’m delighted to have been selected to serve as one of the Lord-Lieutenant’s Cadets. It was an honour and privilege to greet The Prince of Wales and The Duchess of Cornwall on my first duty at Coventry Cathedral. Getting to speak to HRH about joining the Royal Air Force is a memory I will never forget.

“I never envisioned myself doing this when I first joined the cadets, so it just shows the unbelievable experiences Air Cadets has to offer and how you can achieve anything. I hope there will be more of these experiences to come during my appointment as a Lord-Lieutenant’s Cadet!”

Dr Katy Ricks, Chief Master of King Edward’s School, said: “This is a high profile appointment and one Zain very much deserves. He is an incredible student and this prestigious role epitomises his hard work and dedication to the CCF RAF section.

“I know that he will make the most of his time as a Lord-Lieutenant’s Cadet and look forward to following the opportunities he will seize throughout the year.”

In 2020, Zain became one of the youngest cadets to complete the Royal Air Force Air Cadet’s Qualified Aerospace Instructors Course, which aims to provide cadets with the training and insight to pursue a career in aviation and aerospace. During lockdown, he initiated a virtual Aerospace Society for pupils to participate in at home. He also started his own social media channels, where he set daily challenges for cadets all over the UK to get involved with.