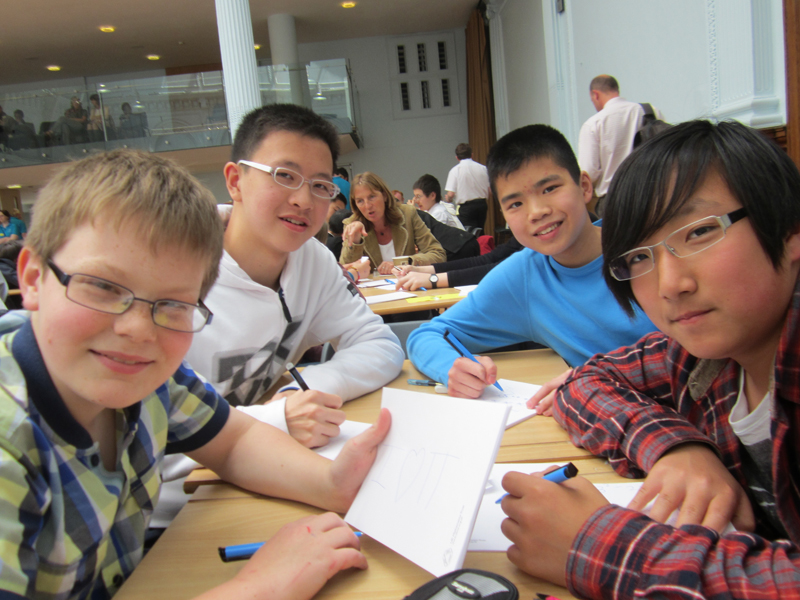 A team of four boys from King Edward’s School, Birmingham have been placed second in the National Finals of the Team Maths Challenge.

Year 8 pupils, Toby Jowitt and Si-Woo Kim, and Jeremy Ho and Bill Wang in Year 9, came second in the competition that received entries from over 1,500 schools.

The Team Maths Challenge is a national competition organised by the UK Mathematics Trust where school teams from across the UK compete in a number of challenges against the clock.

Out of the 1,500 schools that entered the competition, 80 teams got through to the National Finals, which were held at the Royal Horticultural Halls in London on Monday 18 June 2012.