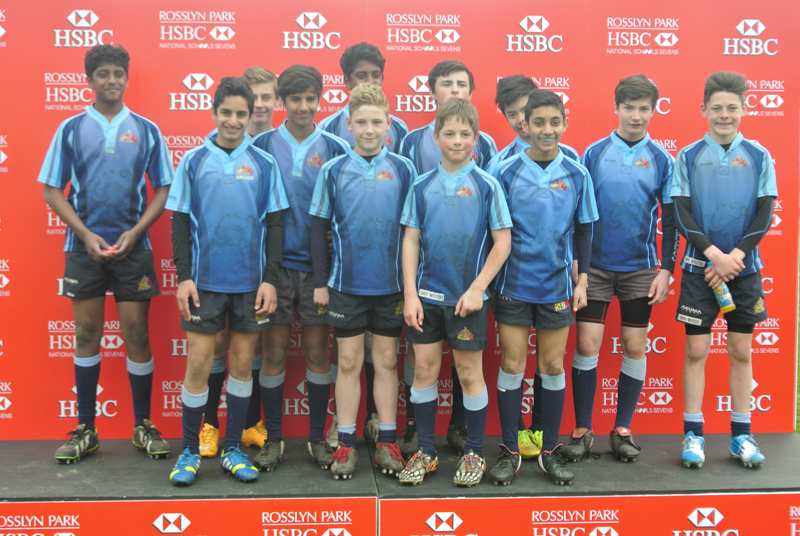 The U13 Sevens team has taken part in the Rosslyn Park National Schools Sevens, the biggest rugby tournament in the world.

The team travelled to London to compete against 128 other schools on Monday, 23 March 2015. King Edward’s School won their Group stage after beating The Harrodian School 31-12, Hinchley Wood School 34-12 and The City Academy, Hackney 43-0.

After qualifying for the Knockout round along with 31 other schools, they unfortunately lost their next match against St Benedict’s School, Ealing.

Justin Abrahams, Director of Rugby, said: “The boys deserve to be congratulated on their performances and for the way they represented the School. All 12 boys played in each of the four games and their results truly were a team effort, with 11 of the 12 players scoring at some stage during the competition.”